Former Danish minister of culture Elsebeth Gerner Nielsen has taken a photograph with headscarf to protest the ideas that want to liken 'headscarf' to 'gamma cross'. 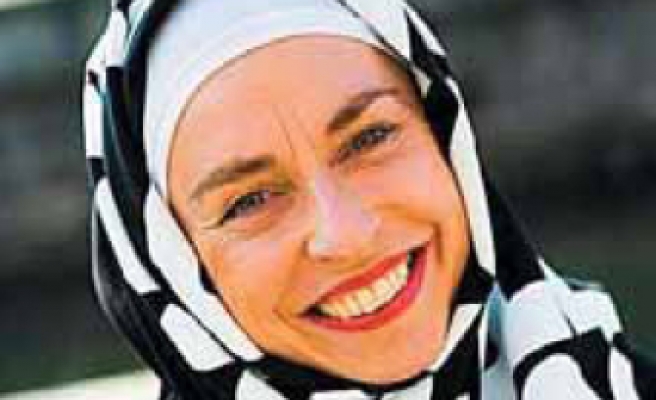 Gerner Nielsen, the Social Liberal Party's cultural spokeperson, said she wanted to attract attentions to the importance of preservation of multiculturalism and diversity by the photograph on which she was wearing an American style blue jean, an Icelandic jumper, African style shoes and a headscarf covering her head.

Palestinian origin Esma Abdul-Hamid, a deputy candidate from Danish Unity Party, had said she would attend to the parliament with headscarf in case she was elected; however, Soren Krarup had criticized her harshly, by likening her headscarf to gamma cross.