Former President Boris Yeltsin, who engineered the final collapse of the Soviet Union and pushed Russia to embrace democracy and a market economy, has died, a Kremlin official said Monday. He was 76 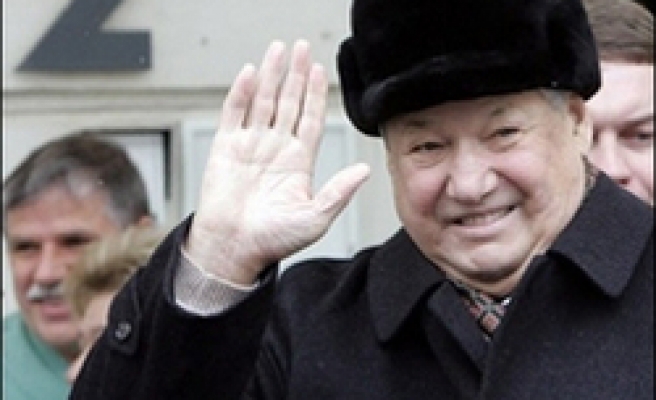 Kremlin spokesman Alexander Smirnov confirmed Yeltsin's death, but gave no cause or further information. The Interfax news agency cited an unidentified medical source as saying he had died of heart failure.

Although Yeltsin pushed Russia to embrace democracy and a market economy, many of its citizens will remember him mostly for presiding over the country's steep decline.

He was a contradictory figure, rocketing to popularity in the Communist era on pledges to fight corruption — but proving unable, or unwilling, to prevent the looting of state industry as it moved into private hands during his nine years as Russia's first freely elected president.

He steadfastly defended freedom of the press, but was a master at manipulating the media.

He amassed as much power as possible in his office — then gave it all up in a dramatic New Year's address at the end of 1999.

Yeltsin's greatest moments came in bursts. He stood atop a tank to resist an attempted coup in August 1991, and spearheaded the peaceful end of the Soviet state on Dec. 25 of that year. Ill with heart problems, and facing possible defeat by a Communist challenger in his 1996 re-election bid, he marshaled his energy and sprinted through the final weeks of the campaign. The challenge transformed the shaky convalescent into the spry, dancing candidate.

But Yeltsin was an inconsistent reformer who never took much interest in the mundane tasks of day-to-day government, and nearly always blamed Russia's myriad problems on his subordinates.

Yeltsin greatly damaged his democratic credentials by using force to solve political disputes, though he claimed his actions were necessary to keep the country together.

He sent tanks and troops in October 1993 to flush armed, hard-line supporters out of a hostile Russian parliament after they had sparked violence in the streets of Moscow. And in December 1994, Yeltsin launched a war against separatists in the southern republic of Chechnya.

Tens of thousands of people were killed in the Chechnya conflict, and a defeated and humiliated Russian army withdrew at the end of 1996. The war solved nothing — and Russian troops resumed fighting in the breakaway region in fall 1999.

In the final years of his presidency, Yeltsin was dogged by health problems and often seemed out of touch. He retreated regularly to his country residence outside Moscow and stayed away from the Kremlin for days, even weeks at a time. As the country lurched from crisis to crisis, its leader appeared increasingly absent.

Yet Yeltsin had made a stunning debut as Russian president. He introduced many basics of democracy, guaranteeing the rights to free speech, private property and multiparty elections, and opening the borders to trade and travel. Though full of bluster, he revealed more of his personal life and private doubts than any previous Russian leader had.

"The debilitating bouts of depression, the grave second thoughts, the insomnia and headaches in the middle of the night, the tears and despair ... the hurt from people close to me who did not support me at the last minute, who didn't hold up, who deceived me — I have had to bear all of this," he wrote in his 1994 memoir, "The Struggle for Russia."