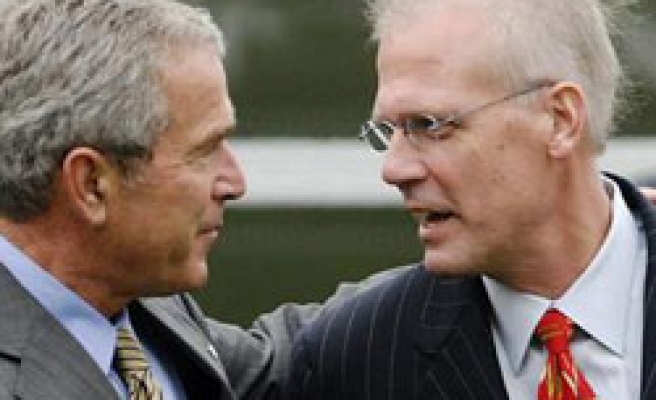 Snow, 53, who had been a conservative radio and television commentator, resigned in August 2007 as Bush's spokesman after taking the job the previous year.

Bush in a statement said he and his wife Laura "are deeply saddened by the death of our dear friend," and called Snow "one of our nation's finest writers and commentators" who "earned a loyal following with incisive radio and television broadcasts."

Snow learnt in March last year that the cancer he had fought earlier had returned, and he subsequently underwent chemotherapy. He said his decision to quit his post was for financial, not health, reasons. He had earned far more as a commentator than his White House salary.

The affable Snow was credited with livening up the daily news briefings and was admired for his skill at sparring with reporters.

Bush in his statement noted Snow had worked as a speech writer in the administration of his father, former President George H.W. Bush, "and I was thrilled when he agreed to return to the White House to serve as my press secretary."

Bush said it was "a joy to watch Tony at the podium each day. He brought wit, grace, and a great love of country to his work," and said Snow's colleagues "will cherish memories of his energetic personality and relentless good humor."

Snow and his wife Jill had three children.