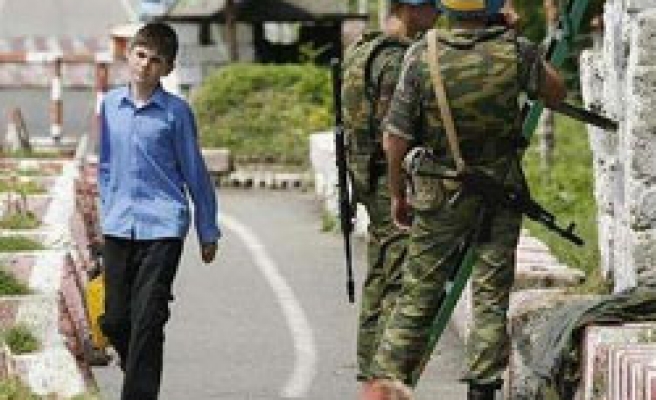 Russian peacekeepers said four explosions went off in the breakaway Georgian region of Abkhazia early on Sunday, according to Russian news agencies reports, in the latest sign of growing conflict.

No one was injured by the blasts in the Zugdidi region, near the de facto frontier Itar-Tass news agency quoted Russian forces as saying.