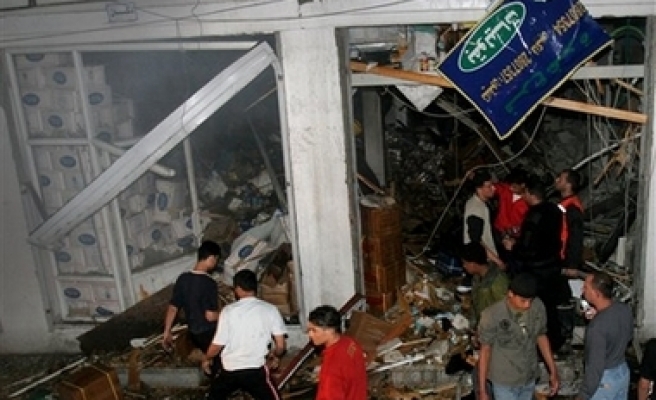 The four air strikes hit, among other targets, two money exchange shops, a large food warehouse, and a car packed with civilians.

Palestinian security forces said the first air raid was done by an Israeli chopper which fired two missiles. The air strike targeted grocery stores owned by a Gaza merchant. The air strike started a fire in the building, the source added.

The air strike left the area with a power outage. Paramedics and firefighter teams hurried to the site to control the fire and treat any injured people.

Minutes after the first air strike, another air raid was carried out by the Israeli army. This time a money exchange shop owned by a local was completely leveled. The raid left no casualties.