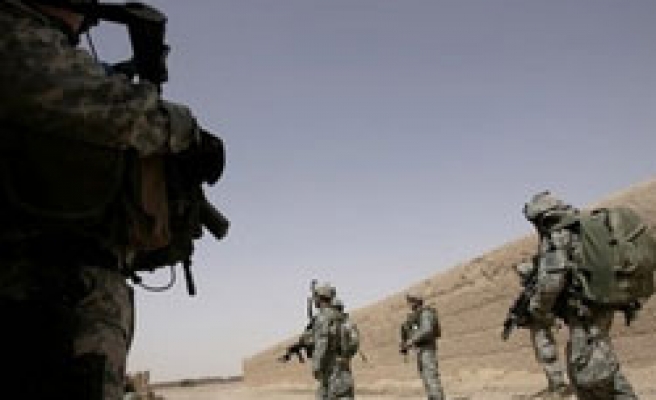 An improvised explosive device killed four U.S.-led coalition soldiers on Saturday in the southern Afghan province of Kandahar, the scene of a recent large anti-Taliban offensive and an insurgent jail break.

Two coalition soldiers were also wounded in the blast, a U.S. military statement said, without giving any further details.

The Taliban have upped pressure on Kandahar in the past two weeks, freeing at least 300 of their comrades in the jail break, then occupying areas outside the town, forcing Afghan and foreign troops to launch a large offensive to clear them out.

As well as about 50,000 troops in the NATO-led International Security Assistance Force (ISAF), there are some 14,000 mainly American soldiers who are part of the U.S.-led coalition in Afghanistan, mainly involved in anti-terrorism operations and training Afghan security forces.

The Taliban have vowed to step up their campaign of suicide and roadside bombings this year to weaken the pro-Western Afghan government and wear down Western support for the continued presence of international troops inside the country.

While Afghan and international forces are able to fight off any conventional Taliban attack, combating suicide and roadside improvised explosive devices is proving more of a challenge as it depends on good policing and intelligence work.

One coalition soldier was also killed and two wounded in the western Afghan province of Farah on Friday.

Afghan security forces, backed by coalition troops, killed several militants they had observed trying to plant a roadside bomb in the southern province of Helmand on Thursday, the U.S. military said on Saturday.