France rejects citizenship to woman as 'too Muslim'

Married to a French national, the woman arrived in France in 2000, speaks good French and has three children born in France. 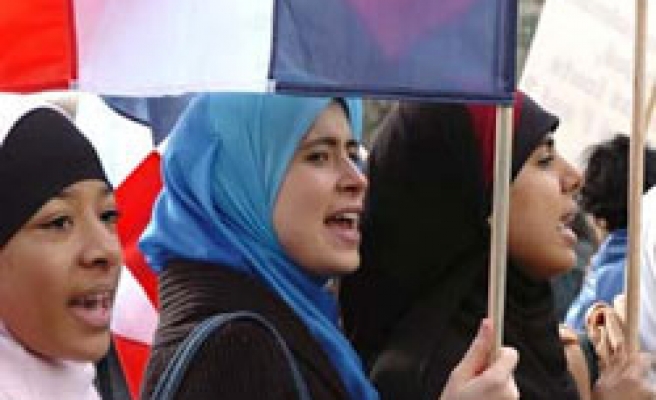 France has rejected citizenship to a veiled Muslim Moroccan woman on the grounds that her "practice of Islam", a legal ruling showed on Friday.

Le Monde newspaper said it was the first time a Muslim applicant had been rejected for reasons to do with personal religious practice.

"She has adopted a "radical" practice of her religion, incompatible with essential values of the French community, particularly the principle of equality of the sexes," said a ruling by the Council of State handed down last month and sent to Reuters on Friday to confirm a report in Le Monde.

The Council of State is a judicial body which has final say on disputes between individuals and the public administration.

Married to a French national, the woman arrived in France in 2000, speaks good French and has three children born in France.

She wears a black burqa that covers all her body except her eyes, which are visible through a narrow slit, and lives in "total submission" to her husband and male relatives, according to reports by social services. Le Monde said the woman is 32.

The woman's application for French nationality was rejected in 2005 on grounds of "insufficient assimilation". She appealed to the Council of State, which last month approved the rejection.

In the case of the Moroccan woman, Le Monde said the Council of State had gone to the opposite extreme by rejecting the woman's beliefs and way of life rather than accommodating them.

"Is a burqa incompatible with French nationality?" the newspaper asked.

The legal expert who provided a formal report on the case to the Council of State wrote that the woman's interviews with social services revealed that she lives almost "as a recluse, isolated" from French society, Le Monde reported.

Le Monde quoted Daniele Lochak, a law professor not involved in the case, as saying it was bizarre to consider that "excessive" submission to men was a reason not to grant citizenship.

"If you follow that to its logical conclusion, it means that women whose partners beat them are also not worthy of being French," Lochak said.