The main candidates in the French presidential election are holding their final campaign rallies on Thursday. 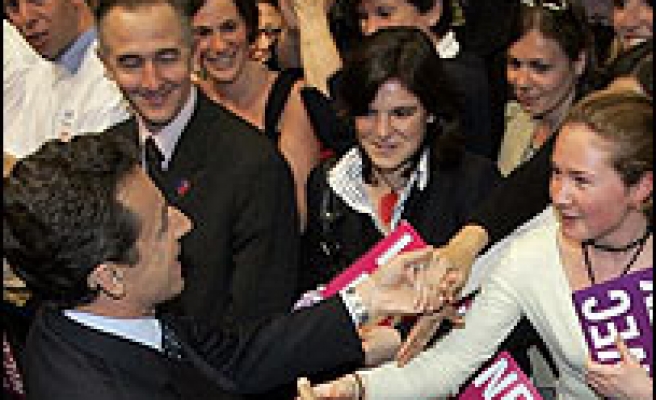 A new opinion poll shows centre-right candidate Nicolas Sarkozy still leading with 29%, ahead of the Socialist Segolene Royal on 25%.

But at least one-third of voters remain undecided ahead of Sunday's first round. A runoff is expected on 6 May.

All four main candidates are heading south for their last rallies.

Mr Sarkozy is going to Marseille, while Ms Royal will be in Toulouse.

Far-right National Front leader Jean-Marie Le Pen, currently polling about 13%, will be in Nice. He came a surprise second in the 2002 election.

Mr Bayrou, leader of the Union for French Democracy (UDF), will be in Pau, near his native Pyrenees.

The BBC's Alasdair Sandford, in Paris, says that with many voters still undecided, the two frontrunners have been turning their fire on Mr Bayrou, each accusing him of belonging to their main rival's camp.

There are more than one million newly registered voters, the biggest increase in 25 years. Many of them are young people or French living abroad, whose voting intentions are hard to gauge, BBC European affairs correspondent Oana Lungescu reports.

Another novelty is the use of electronic voting machines in some districts, criticised by the Socialists and some other opposition parties as dangerously unreliable. They will be used by 1.5 million voters.

Six out of 10 voters say they trust neither the left nor the right to govern the country, and one in eight is ready to switch allegiance, Oana Lungescu reports.

Ms Royal hopes to become France's first woman president, but left-wing voters are among the most volatile, surveys suggest. She has several rivals on the left who could undermine her support.