France, the United Arab Emirates and Qatar ended over a week of military exercises on Iran's doorstep on Wednesday, with troops repelling a simulated attack from a nearby state. 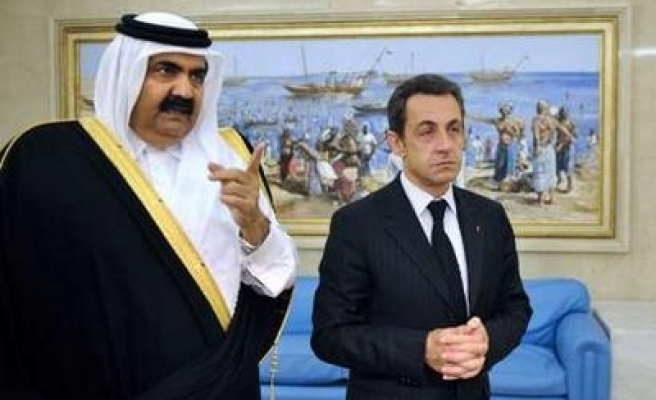 "Gulf Shield 1", the first joint war games between the three states, came amid growing tension in the Gulf two months after U.S. and Iranian vessels came close to confronting each other.

French plans to set up a new military base in the UAE, across a short stretch of water from the Islamic Republic, have drawn criticism from Tehran, which also accused Paris of taking an "unfriendly" position in its nuclear row with the West.

The base will keep France near sea lanes through which over a third of global oil shipments pass.

In the final phase of the exercises on Wednesday, blasts sent clouds of black smoke into the desert sky as armoured vehicles charged toward an invisible enemy and helicopters fired missiles from above. In all, 3,676 troops took part in the exercises.

French and UAE officers told reporters the games were not tied to recent tensions but were meant to ensure stability in a region where U.S. and Iranian forces make regular displays of military might.

"This exercise was planned four years ago and bears no relation to anything going on on the political stage in the region," said Major-General Faris al-Mazrouei of the UAE army.

"As countries of the region, we are interested in stability ... and these kinds of exercises help achieve this balance, and help us to know each other at close quarters."

As part of "Gulf Shield 1", Mirage and F-16 military jets bombed targets in a remote desert area. Special forces slid down ropes from helicopters and Leclerc tanks raced through the sand.

The exercise supposes that neighbouring states Blue and Green, located in the "Gulf of Peace", sign accords with country White, angering their neighbour Red, which attacks.

UAE, Qatar and France represented Blue, Green and White but Renard would not be drawn on which state was Red.

"We imagine, like in Hollywood, fictitious scenarios to build an enemy," said Renard. "Red land, is Red land."