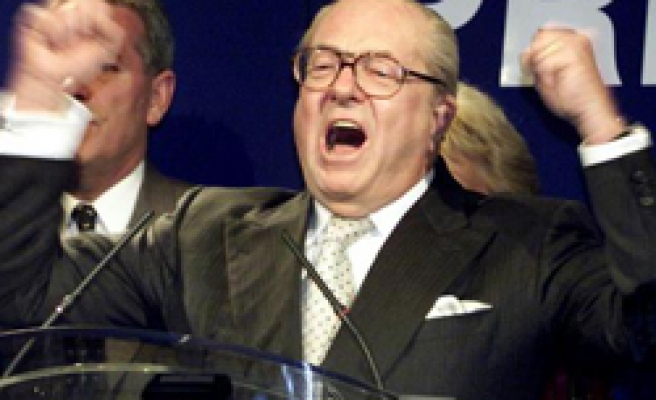 The bank accounts of France's far-right National Front party, led by Jean-Marie Le Pen, have been frozen due to a payment dispute between the political group and its printers, the party's lawyer said on Tuesday.

Printers owned by Fernand Le Rachinel, a National Front member of the European parliament, had not been fully paid for posters and other campaign material used in the 2007 parliamentary elections, in which the party suffered a drubbing.

"That is correct. Two companies belonging to Fernand Le Rachinel were the National Front's creditors for the official (election) material of candidates who did not reach 5 percent in the parliamentary elections," de Saint Just told Reuters, adding that a bailiff had frozen the party's accounts.

French electoral rules state that candidates who win more than 5 percent of the votes can have their costs reimbursed.

But few National Front candidates made it past that threshold last year as their party's support fell to 4.3 percent from a level above 10 percent that it had enjoyed for decades.

The printing companies were suing the National Front and Le Pen for 803,482 euros ($1.28 million), the lawyer said. The party accuses the firms of overcharging it.

"This bill was due on June 30, and since the National Front has not yet sold its headquarters, it did not have the money to pay this debt," de Saint Just added.

He has since put his party's Paris headquarters and his bullet-proof car up for sale to try to raise funds to cut debts.

His financial concerns are far from over. Le Rachinel also lent the party 8 million euros to help it fund the parliamentary election campaign last year.

Given how few candidates won 5 percent of the vote, Le Pen ordered the repayment of just 1.5 million euros last year.

Le Rachinel is suing the party for 6.7 million euros.