Journalists at France's influential Le Monde newspaper staged a strike on Tuesday to protest planned job cuts, keeping the paper off news stands for the third time in less than a month. 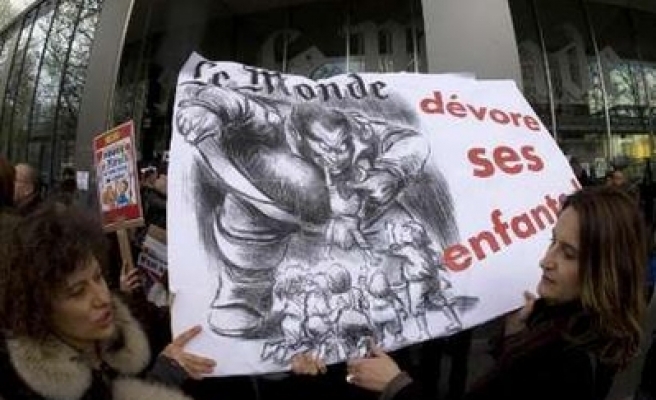 These are the first strikes at the left-leaning daily since 1976, when journalists joined a protest against the acquisition of a French newspaper by a media tycoon, and mark the first time its journalists have taken industrial action over developments within their own company.

A new management team plans to sell a number of titles owned by the Le Monde group and cut 129 jobs at the flagship daily, including a quarter of its 340 journalists, to bring the loss-making publisher back to break-even next year.

The union group at the newspaper "remains ready for real negotiations, as is proved by its offer to proceed, for a start, only with voluntary departures and then to look at the situation after that," the unions represented in the group said in a statement posted on Le Monde's website.

Previous stoppages over the same issue kept the paper off the news stands for two days in April.

Founded in 1944, Le Monde has a unique place in the French media landscape, with heavyweight news coverage, extensive contacts with the business and political establishment and a severely intellectual tone.

But, like other newspaper groups, it has been struggling with sluggish revenues, mounting costs and the need to adapt to the challenge of the Internet. In 2007 it made a loss of 20 million euros.