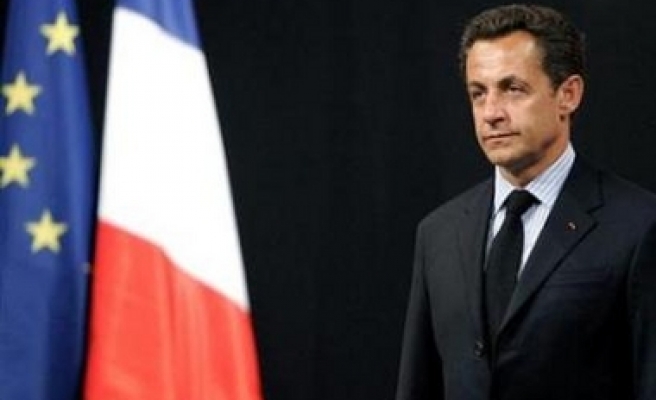 The paper also said Sarkozy would not prevent the EU next month opening three new policy "chapters" in Turkey's membership negotiations because he has other priorities at present.

"It is a question of finding a way forward which does not break Europe- or Franco-Turkish relations in two," an unnamed presidential official was quoted as saying.

A Turkish Foreign Ministry official confirmed the Ankara talks had taken place. "Bilateral and regional issues were discussed," the official said, declining to give more details.

Since taking office earlier this month, Sarkozy has repeated his long-standing opposition to Turkey's EU membership bid. But he has also indicated he is in no hurry to confront the issue.

Sarkozy told a news conference on Monday that Turkey would not move to the top of the EU agenda until December. His immediate priority was to find a deal on institutional reform at a June summit of EU leaders, he said.

Last week, Turkish Prime Minister Tayyip Erdogan phoned Sarkozy to congratulate him on his election victory and to suggest they work directly with each other, not via the media.

Commenting on Levitte's visit, a French diplomat in Ankara said: "The fact this visit took place so soon after the telephone call shows the importance France attaches to preserving a direct dialogue and to French-Turkish relations."

Sarkozy has suggested that, instead of joining the EU, Turkey play a central role in a new "Mediterranean Union" he wants to create, a suggestion rejected by Ankara.

Turkey's entry talks have been dogged by disputes and the EU has suspended talks on eight of 35 policy areas, or "chapters."

France or any one of the other 26 member states could effectively boycott Turkey's whole EU accession process by refusing to allow new chapters to be opened.