The founder of the controversial French charity Arche de Zoe (Zoe's Ark) said Monday that the French government was aware of his plans to fly 103 supposed Darfur orphans out of Chad. 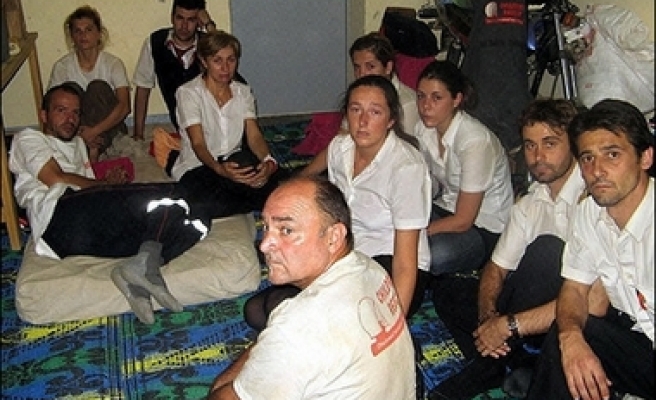 In interviews with France Info radio and the daily Le Figaro, Eric Breteau said that he had divulged his plans to an advisor to President Nicolas Sarkozy and to Foreign Minister Bernard Kouchner's political advisor.

"One can not organize such an operation without the benefit of support in political high places," Breteau was quoted as saying on the Le Figaro website.

Breteau said that it had been foreseen to have Sarkozy's ex-wife, Cecilia, and Justice Minister Rachida Dati welcome the children in France.

"For me, it's clear that the French state knew perfectly well of our intentions," he said.

However, Breteau would not say if the former Mrs Sarkozy knew of his plans. By the time he was arrested, on October 25, her divorce from Sarkozy had been made official.

Breteau and five other Arche de Zoe aid workers were arrested in eastern Chad as they tried to kidnap the purported orphans to France.

It was later established that most of the children were from Chad, not Darfur, and that they had living relatives.

The six aid workers were sentenced to eight years of hard labour by a Chadian court, and then transferred to France to serve out their sentence according to French law.

All six were finally pardoned on March 31 by Chadian President Idriss Deby and released from prison after spending some five months behind bars.

Breteau told France Info that his intention had been both to save lives and to create an international incident that would draw attention to the crisis in Darfur, and that the representatives of the French government with whom he had spoken shared his aim.

Although he has been pardoned in Chad, Breteau is being investigated in France on charges of fraud, illegally bringing minors into France and acting illegally as an intermediary for adoption. Last Mod: 08 Nisan 2008, 11:35
Add Comment