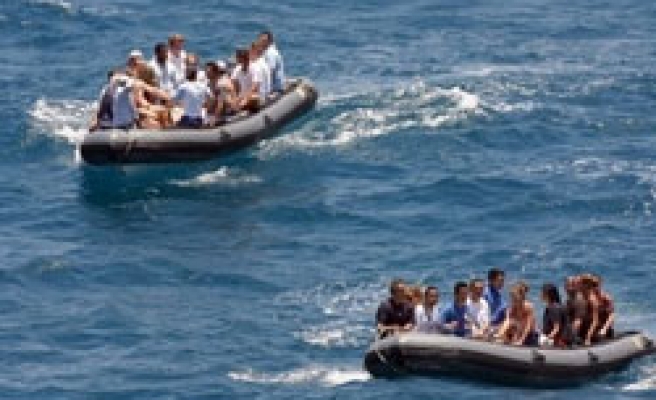 French military helicopters on Friday fired rockets at pirates who had released hostages they had been holding on a captured luxury yacht off the coast of Somalia, witnesses said.

An unknown number of people were killed by the rocket fire, which also destroyed three vehicles.

"I could see clouds of smoke as six helicopters were bombing the pirates. The pirates were also firing anti-aircraft machine guns in reaction. I cannot tell the exact casualties," witness Mohamed Ibrahim told Reuters by radio telephone.

The district commissioner of Garaad, where the attack took place, said the helicopters landed and troops jumped out to grab members of a group of 14 pirates who had just gotten ashore where three pickup trucks with heavy weapons were waiting.

"Local residents came out to the see the helicopters on the ground. The helicopters took off and fired rockets on the vehicles and the residents there, killing five local people," Commissioner Abdiaziz Olu-Yusuf Mohamed told Reuters by phone.

There was no immediate confirmation of the attack from French authorities, which earlier said soldiers had arrested six pirates and flown them to a navy ship that had been tracking the Ponant yacht since it was seized last week in the Gulf of Aden.