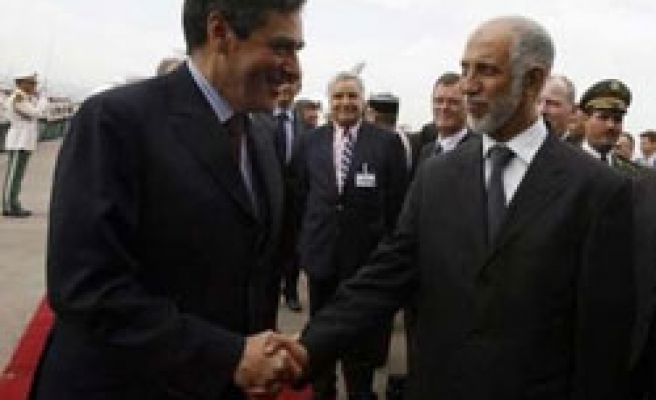 France and former colony Algeria signed defence and civil nuclear power accords on Saturday in a move described by Paris as a sign of a "transformation" in the countries' ties.

Making the first visit by a French premier in 22 years, Prime Minister Francois Fillon declared French firms would not be driven out of the north African country by armed groups, following the death of a Frenchman in a bombing this month.

"We will not give in to threats," El Watan newspaper quoted him as saying in an interview marking his two-day visit to France's largest trading partner in Africa.

Al Qaeda's north Africa wing said it was behind twin bombings that killed a French engineer in Algeria on June 8 east of Algiers and vowed more attacks against "Crusaders".

The engineer was the first French citizen killed in political violence in Algeria since the 1990s when the country plunged into a civil conflict that killed up to 200,000 people.

Fillon and Algerian Prime Minister Abdelaziz Belkhadem presided over the signing of an accord on the peaceful use of nuclear energy. It provides for cooperation in research, training, technology transfer and the exploration and production of uranium, sectors of interest to French nuclear plant builder Areva.

"This is an historic moment that is representative of the transformation in our relations," Fillon said, accompanied by six ministers including Defence Minister Herve Morin and Economic Strategy Minister Christine Lagarde.

"There is no clearer signal of France's intention to establish an exceptional partnership with Algeria."

Algerian commentators say sometimes prickly political ties remain hostage to the past. Many of Algeria's leaders took part in an eight-year struggle against France that ended with independence in 1962.

French business executives say their country's sometimes stormy political ties with Algeria are no obstacle to business links, although Algerian red tape can be a headache.

More than 250 companies have business with Algeria, helping generate two-way trade flows of about $12 billion in 2006 and employing 120,000 people directly and 40,000 indirectly, mainly in the building and public works sectors and water.

Ministers also signed an accord on defence cooperation and initialled a memorandum of understanding on financial cooperation to simplify legal procedures for French businesses.

Fillon said Algeria and France should examine together "all opportunities for industrial cooperation in the armaments sector." Among sales opportunities sought by French defence contractors are multipurpose frigates and helicopters.