The government estimated nearly 800 houses collapsed or were swept away, nearly 17,900 homes and more than 15,000 hectares of rice and other crops were destroyed. 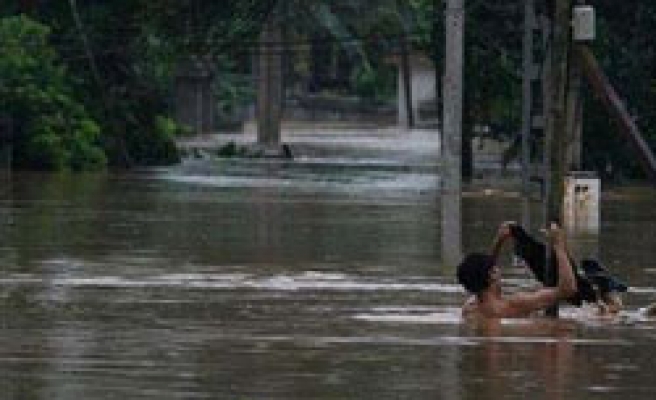 Fresh floods triggered by rains swept away a teenager in northern Vietnam and several boats were destroyed, the government said on Wednesday, as it struggled to deliver aid to thousands of people hit by the worst floods in four decades.

At least 120 people have been killed after days of heavy rains triggered by the remnants of a tropical storm. Another 44 are missing.

On Tuesday, rescue workers found the body of a 13-year-old boy in Quang Ninh province after it was hit by torrential rains from a tropical low-pressure system, the government said in a report.

Another four people were missing.

The low-pressure system weakened as it made landfall in Quang Ninh, moved further inland and dispersed, the national weather bureau said.

The region is about 1,500 km (930 miles) north of Vietnam's main rice and coffee production zones. Preliminary estimates of property losses in three of the 11 provinces affected by the disaster stood at 1.74 trillion dong ($105 million).

The government estimated nearly 800 houses collapsed or were swept away, nearly 17,900 homes and more than 15,000 hectares of rice and other crops were destroyed. River waters peaked on Sunday at close to the record level in 1968, the government said.

Provincial authorities should stay together with the people "to instruct forces to urgently overcome the consequences, helping people stabilise life and keep updating damages," the government report said.

Rescuers recovered five bodies in Lao Cai province on the border with China, bringing the death toll in the province to 53 while another 37 were still missing after floods swept through villages at the weekend.

All the victims were residents of Lao Cai, popular among foreign tourists for its mountain resort town of Sapa.

More than 200 people, among some 700 foreign tourists stranded in Lao Cai, have been airlifted by helicopter back to Hanoi while more were expected to leave by trains or cars as workers repaired the damaged sections of roads and the railways.

The Lao Cai People's Committee has asked the central government for urgent aid of 70 tonnes of rice, blankets, mosquito nets and clothes to help flood victims, the government said.