Russia, Kazakhstan and Uzbekistan stopped fuel exports to Afghanistan two months ago in order to maintain their own domestic supplies, the head of Afghanistan's fuel and gas department said. 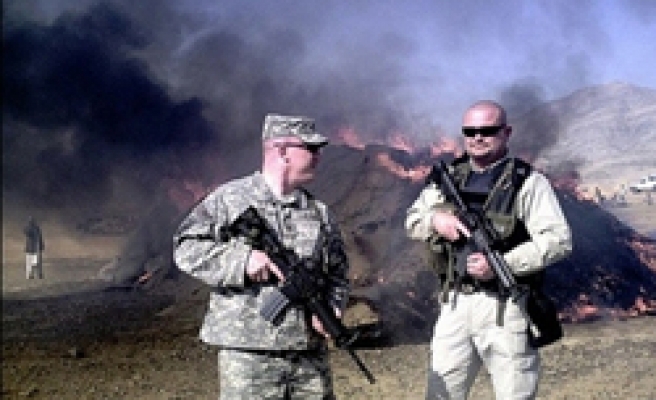 The price of fuel has risen sharply in Afghanistan after major foreign suppliers stopped exports to the landlocked nation, an official said on Tuesday.

The rise has also pushed up prices of food and other commodities in one of the poorest countries of the world which is already struggling to cope with US-led occupation and faces poor harvests this year due to drought.

Russia, Kazakhstan and Uzbekistan stopped fuel exports to Afghanistan two months ago in order to maintain their own domestic supplies, the head of Afghanistan's fuel and gas department said.

"That is the main cause for the rise in prices," Azizullah Roozi told Reuters. Prices will likely rise further until September when exports are expected to be resumed, he said.

A litre of diesel cost 58 afghanis ($1.16) at privately owned petrol stattions on Tuesday, compared with 48 afghanis two weeks ago, retailers said, a rise of 21 percent.

Imports from Russia, Kazakhstan and Uzbekistan meet around 70 percent of Afghanistan's demand for fuel, he said, while the rest is smuggled illegally from neighbouring Pakistan and Iran.

But the lack of security in the east and southwest, the entry points for imports from the two countries, was also causing some disruption to supplies, Roozi said.

With the approach of winter and the prospect of more fuel price increases in international markets, the government is planning to allocate $50 million to store fuel for emergencies, he said.