The trial of ex-president Alberto Fujimori on human rights violations was suspended Monday when the former leader fell asleep and later complained his legs were aching, court sources said. 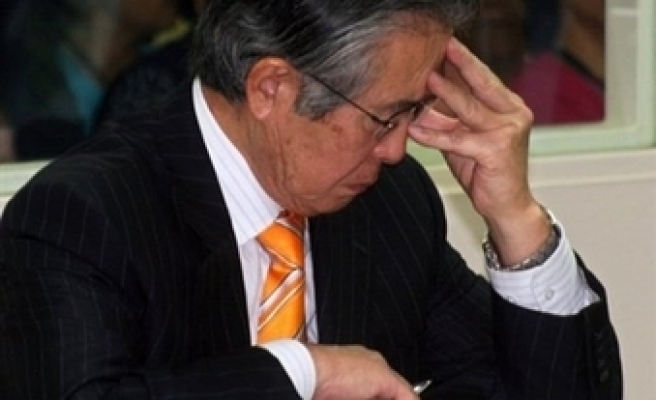 Judge Cesar San Martin called out to Fujimori on two occasions when he saw the defendant had nodded off, but failed to rouse him.

Fujimori, 69, suddenly raised his head and realizing all eyes were on him smiled and appeared disoriented, to which the judge asked if he was feeling all right.

"Well, I've been feeling exhausted these past few days," Fujimori said, adding that his legs ached.

The judge suggested a court doctor examine him, but Fujimori replied, "I don't think that's necessary."

Court proceedings then resumed but were shortly interrupted by the judge who decided to adjourn so Fujimori could get some rest.

Fujimori is charged with atrocities committed during his 1990-2000 rule, including two massacres in 1991 and 1992, blamed on an army hit squad known as the Colina Group.

Fujimori has denied waging a "dirty war" against insurgents during his rule.

The former president was extradited in September from Chile to Peru. His trial for his alleged role behind the Colina Group's murder of 15 people in 1991 and nine university students and a professor in 1992 began in December.

Prosecutors are seeking a 30-year jail sentence for Fujimori. His trial began in December.