An official funeral ceremony for three Turkish police officers who were slain in attack on U.S. Consulate General was held in front of the Istanbul Police Department with participation of state and military officials. 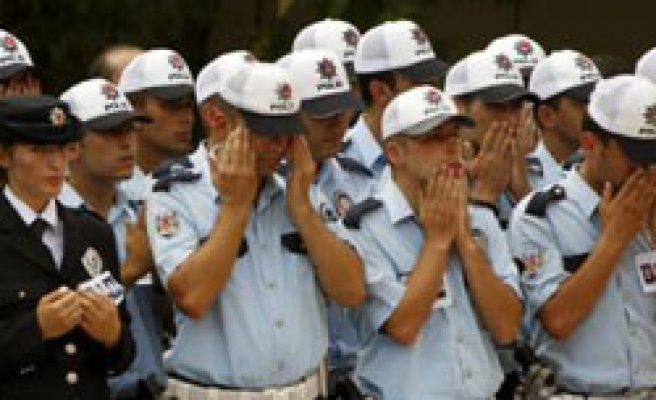 The bodies of Erdal Oztas, Nedim Calik and Mehmet Onder Sacmalioglu will be sent to their hometowns for burial after the funeral ceremony.

Four gunmen attacked the U.S. Consulate General in Istanbul with pistols and shotguns on Wednesday.

A vehicle carrying 4 people came to the scene of attack at around 10:30 in the morning. Three of the assailants got out of the car and fired at police officer standing sentry in front of the U.S. Consulate.

An armed clash erupted as the police officer together with two others patrolling in the neighborhood responded the fire. Three assailants who got out of the car were killed. One policeman died in the scene while two others succumbed to their injuries in hospital.

The fourth suspect who drove the car is at large. Police are in pursuit of the vehicle used in the attack along with the driver.