G8 to call for restraint on food export curbs: Paper

Food security is expected to be high on the agenda at the meeting as soaring commodity prices have caused food riots and threatened government stability in some countries. 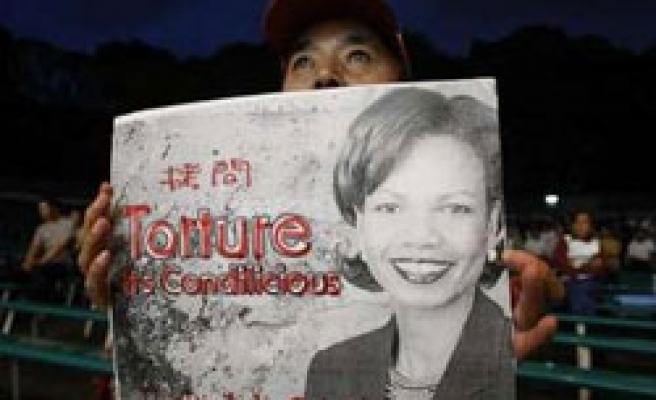 A statement on rising food prices to be issued by Group of Eight leaders next month will stress the importance of self-restraint in curbing exports, Japanese media said on Thursday.

The statement, being considered for release at the July 7-9 summit of G8 leaders in Hokkaido, northern Japan, could also include a call for governments to release food stockpiles to alleviate shortages, the Nikkei financial daily said.

Food security is expected to be high on the agenda at the meeting as soaring commodity prices have caused food riots and threatened government stability in some countries.

Food exporters and importers, however, have been at odds over how to deal with the crisis and a call within the G8 for the easing of stockpiles may have little impact since not all members of the rich nations' group hold state-run stockpiles, the Nikkei said.

Japanese Prime Minister Yasuo Fukuda pledged at a United Nations food summit earlier this month to release at least 300,000 tonnes of imported rice from storage into the world market to ease the global food crisis and urged other countries to do likewise.

The G8 statement could also call for more food production and efforts to produce biofuels without disrupting food consumption, the Nikkei said.

But countries such as the United States have defended using maize to make ethanol to fuel cars, saying it is a minor factor in food price inflation.