Other Arab leaders, including Algerian President Abdelaziz Bouteflika and Syria's President Bashar al Assad will attend the gathering in Paris to launch the plan on Sunday. 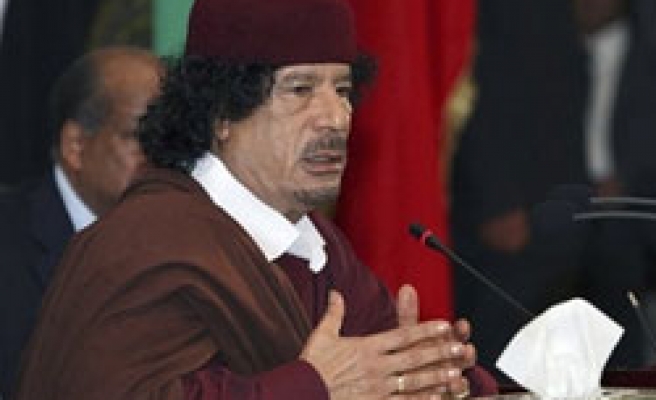 Libyan leader Muammar Gaddafi said on Wednesday a EU proposal for an economic and security union with southern Mediterranean states would be an "international minefield".

He said the plan would force Arabs to accept Israel and would fan attacks against the West because "some Islamists" would see the union as new colonisation of Muslim land by Western powers.

Gaddafi, who is boycotting the meeting, had hosted a mini-summit of Arab leaders last month to seek a common stance on the proposed union.

But other Arab leaders, including Algerian President Abdelaziz Bouteflika and Syria's President Bashar al Assad will attend the gathering in Paris to launch the plan on Sunday.

Gaddafi said he welcomed the idea of a deeper cooperation between Mediterranean countries as was initially proposed by French President Nicolas Sarkozy's Mediterranean Union.

"I do not advise my country to be part of this salad, this nonsense. This would make us face difficult problems. This means that North African and Arab states in the Middle East would enter an international minefield," Gaddafi added.

Turning to Israel, whose Prime Minister Ehud Olmert will attend the Paris meeting, Gaddafi asked: "Why do they force us to accept Israel as a condition for cooperation with them? What comedy is this?"

The Union for the Mediterranean would take the form of a regular summit of EU and Mediterranean countries with a joint presidency and a small secretariat.