Bolivia is South America's poorest country but Tarija has the region's second-largest natural gas reserves after Venezuela and is a key supplier to energy-hungry neighbors, Brazil and Argentina. 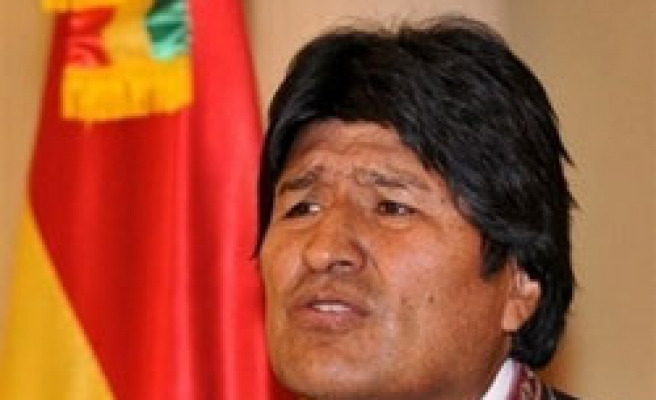 The referendum in Tarija, the smallest of Bolivia's nine provinces but home to more than 80 percent of its vast natural gas reserves, followed similar ballots in the Amazon regions of Pando and Beni, and wealthy Santa Cruz.

Morales, the country's first indigenous president and a close ally of Venezuelan leader Hugo Chavez, says the votes are illegal and separatist. His supporters called for a boycott, and more than a third of Tarija's 173,000 registered voters did not cast ballots, early results showed.

Partial results carried by local television showed 80.3 percent of voters backed the autonomy plan, which would, in theory, give local leaders control over taxes, policing and natural resources.

The remaining 19.7 percent voted "no," according to the results based on a sample of votes from various polling stations.

Supporters of the autonomy plan celebrated in the streets after the results were broadcast.

"We need to give ourselves an opportunity, and autonomy will give us the deep-rooted change we need, a real change that will unite Bolivia," Tarija Gov. Mario Cossio said before joining the celebrations.

Growing demands for regional autonomy have exposed a bitter divide between Bolivia's wealthier lowlands and the poor Andean highlands, where support is strongest for Morales.

The highlands are more heavily indigenous, while the eastern regions have larger European-descended populations.

Bolivia is South America's poorest country but Tarija has the region's second-largest natural gas reserves after Venezuela and is a key supplier to energy-hungry neighbors, Brazil and Argentina.

Like Pando, Beni and Santa Cruz, Tarija's referendum had been expected to produce a clear "yes" vote.

It sets the stage for a nationwide recall vote called by Morales for Aug. 10, when the president and nine regional governors could be voted out of office.

Morales hopes victory in the recall ballot would give him the upper hand over his rightist pro-autonomy rivals.

"With these autonomy statutes, (the regional governors) want to stop natural resources returning to the Bolivian people," Morales said late on Saturday as he launched his campaign for the recall referendum.

Most analysts say Morales will probably survive the recall ballot but, due to the voting rules, it will be harder for the governors. They have yet to confirm their participation.

Many doubt the recall vote will be enough to end the political stalemate that has gripped Bolivia for months.

Morales has called the autonomy referendums a bid to destabilize his government, engineered by rightist rivals who oppose his efforts to break up large land estates and reform the constitution to empower the poor indigenous majority.

The constitutional rewrite was one of his key election pledges along with the energy industry nationalization he declared soon after taking office in 2006.

Despite Morales' rejection of the validity of the autonomy ballots, they could put pressure on him to negotiate.