A leader of the Islamist Hamas group warned on Tuesday the Gaza Strip's border with Egypt could soon be broken again, saying an explosion was imminent if the frontier remained closed. 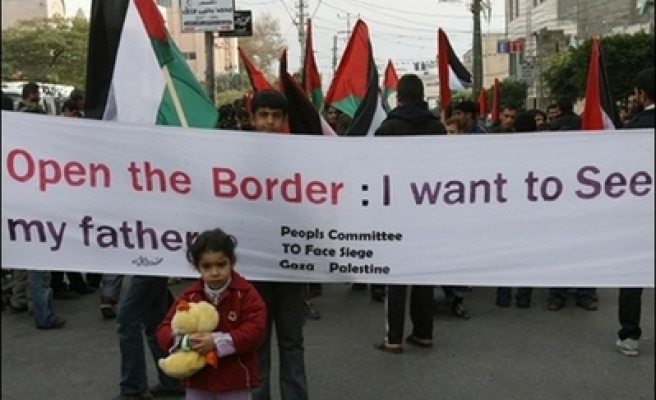 "I say clearly all options are open ... What is coming will be bigger than what happened in the past, not only at the borders with Egypt but in other areas too," Khalil al-Hayya told a news conference.

In January, Hamas members blasted through the border fence with Egypt and hundreds of thousands of Gazans streamed across the frontier at Rafah to stock up on food and fuel for 10 days before it was sealed.

Hayya said an Israel blockade in the Gaza Strip was tantamount to "a death penalty being slowly carried out against 1.5 million people in the largest prison in history".

"We urge all concerned parties to intervene to break the siege. Otherwise, we warn of an imminent and unprecedented explosion if the siege continues," he said.

"We hold the occupation responsible for the continuation of the siege. The occupation will never enjoy calm as long as the siege continues," Hayya said.
Last Mod: 09 Nisan 2008, 08:27
Add Comment