The organizers called on all Gazans to participate in this huge wedding which is the first of its kind in Khan Younis. 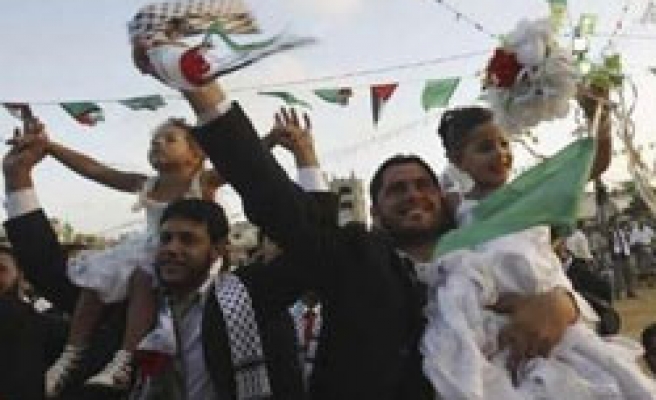 Such a good event, like mass wedding ceremony, happens in Gaza despite Israeli occupation.

A mass wedding, that will see 200 brides and grooms married, will take place in Khan Younis in the south of the Gaza Strip on Thursday evening. The event is organised by the Islamic charity association.

Ma'an news agency said that the celebration will be held at the city's Tennis Club where scouts will play music for the festival after the prayer at the Grand Mosque in Khan Younis.

The organizers called on all Gazans to participate in this huge wedding which is the first of its kind in Khan Younis.

Ahmed Abu E'layan added that a prominent leader of the Hamas movement will attend the ceremony and deliver a speech as well as other local notables.

Ahmed Abu E'layan the Chairman of the Committee supervising the ceremony said, "were eager to carry out this wedding ceremony successfully, it is a great event in Khan Younis."
Last Mod: 01 Ağustos 2008, 11:54
Add Comment