Meshaal said that Shalit would not be released unless Israel freed Palestinian prisoners on a list compiled by the group. 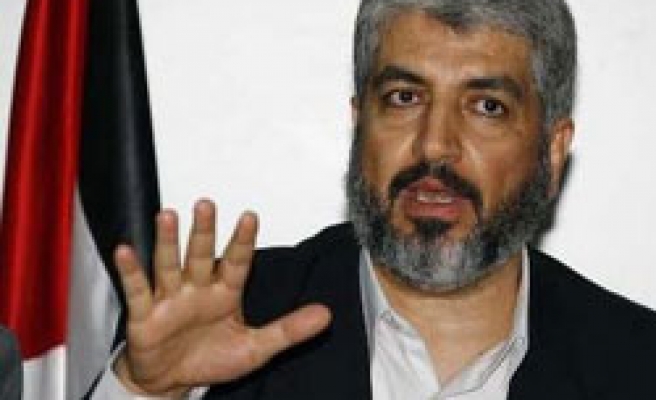 An Egyptian-brokered truce commits Israel to ending its crippling blockade of the Gaza Strip but any Israeli violation of the deal would not go unanswered, Hamas leader Khaled Meshaal said on Tuesday.

Egypt and Hamas announced earlier on Tuesday that a ceasefire between Israel and the Palestinian fighters in the coastal territory will begin on Thursday at 6 a.m. (0300 GMT) and Meshaal billed it as the first bilateral truce deal.

But Israel's Defence Minister Ehud Barak has said it would continue preparing for possible large-scale military attack should a truce fall apart.

Meshaal said a lasting truce would be good for 1.5 million Palestinians who have suffered from an Israeli blockade and come as a relief for Israel if it also commits.

"If you go back, we go back. The resistance factions are not in a weak position, they are in a strong position... We are a people with a cause and we will not be broken by aggression or invasion," Meshaal told Reuters during a visit to the United Arab Emirates.

"We will deal with the position on the ground as necessary."

The announcement came on a day when Israel launched air strikes that killed six fighters in Gaza. A ceasefire would end rocket attacks on Israel from the coastal enclave and Israeli raids and air strikes in the territory.

Damascus-based Meshaal said that the truce deal made no mention of Israeli soldier Gilad Shalit, captured in Gaza, or opening the Rafah crossing with Egypt.

Israel had said Rafah would not reopen unless there was progress on Shalit's release.

"The enemy tried...to merge the issue of Gilad Shalit with the truce. We rejected this and in the final Egyptian offer the two issues are not linked," he said.

"The Gilad Shalit issue is linked to an exchange deal ... whereas the truce involves a bilateral ceasefire, lifting the blockade and opening the crossings."

Israeli and Palestinian officials said earlier that under any truce, the blockade Israel imposed on Gaza would be eased gradually and partially.

Meshaal said that negotiations over the fate reopening of Rafah would continue with Egypt, Hamas, Fatah and the Europeans but insisted that Shalit would not be released unless Israel freed Palestinian prisoners on a list compiled by the group.

"Israel rejected the lists that we presented based on the previous agreement on the numbers and stages. This hampers the deal and we insist on the release of the numbers agreed upon previously and the names we put forward... Gilad Shalit will not be freed without this," he said.

"The Palestinian people have 11,600 detainees including 1,000 sick, including over half detained without trial, including women, children... ministers, deputies."