Gazans will stage a demonstration at the Rafah border crossing on Sunday the border to be reopened as Egypt sent around 500 police to its border with the Gaza Strip on Sunday. 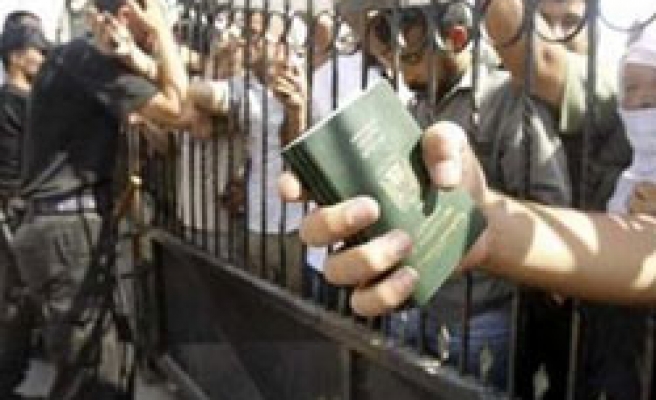 Hamas will stage a demonstration at the Rafah border crossing on Sunday to urge Egypt to reopen the border, Palestinian news agency reported.

The spokesperson of Hamas, Ashraf Abu Dayeh said the demonstration will send the message to Egypt and the broader Arab and Muslim world, there is no excuse for keeping the border closed at the expense of the 1.5 million residents of the Gaza Strip who have been trapped inside for over a year.

More than 230 Palestinians have died since the beginning of the closure as a result of being denied permission to leave Gaza for medical treatment, Abu Dayeh said.

The rally will begin at 10am on Sunday. Hamas will provide transportation to the demonstrators.

The Rafah border has been closed since June 2007, when Israel began a blockade of the Gaza Strip following Hamas' takeover of the territory. Under pressure from Israel, Egypt has kept the border sealed.

According to the terms of an Egyptian-brokered ceasefire that went into effect in June, Israel and Hamas were to negotiate a plan to open the Rafah crossing, but those talks stalled in July.

In 2005 Israel agreed to allow Egypt and the Palestinian Authority to administer the crossing with a delegation of European observers tasked with monitoring the border. Because the European team was based in Israel, the Israeli government maintained the power to open and close the crossing simply by preventing the Europeans from reaching Rafah.

Meanwhile, Egypt sent around 500 riot police to its border with the Gaza Strip on Sunday, security officials said.

"Early this morning 500 policemen were sent to the area around Rafah crossing and along the border between Egypt and Gaza," one official.

He said more security forces were stationed in the area and would be called upon if necessary.

In January, hundreds of thousands of Palestinians economically and socially suffreing since Israel blocked supplies of fuel, food, and medicine, crossed into Egypt after fighters broke the border wall.