A well-known hard-liner, Eruygur last year was shown to have played a central role in two aborted attempts to unseat the government in 2004. 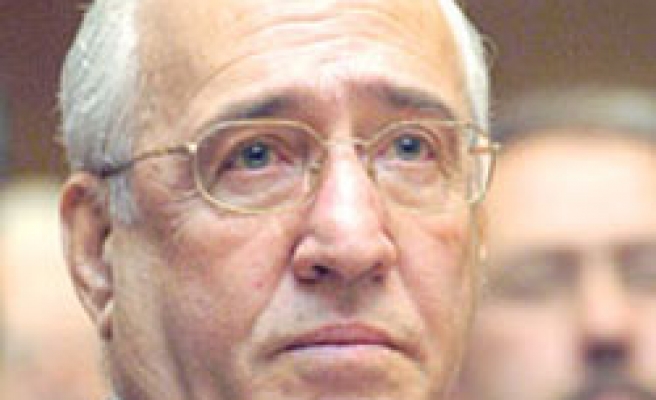 Gen. Şener Eruygur, detained on Tuesday on charges of involvement in a coup plot against the governing Justice and Development Party (AK Party), formerly headed the Gendarmerie General Command (JGK) and is the currently chairman of the Atatürkist Thought Association (ADD), which last year organized the so-called republican rallies to undermine the AK Party.

A well-known hard-liner, Eruygur last year was shown to have played a central role in two aborted attempts to unseat the government in 2004. The first -- codenamed "Sarıkız" (Blonde Girl) -- was a plan for a direct military intervention that foundered because of opposition from then-Chief of General Staff Gen. Hilmi Özkök. The second coup attempt was called "Ayışığı" (Moonlight).

Eruygur's name is mentioned in journal entries by former Naval Commander Adm. Özden Örnek, who, along with a number of other former commanders, was allegedly plotting to stage those two military coups.

Örnek, who has reportedly kept a journal since 1957, is said to have recorded details about the plans to stage the Sarıkız coup and his journal also suggests that then-Gendarmerie Commander Gen. Eruygur planned the Ayışığı coup by himself following resistance to Özkök's Sarıkız.

After parts of the journal were published in newsweekly Nokta last year, the police raided the magazine and the publisher closed it down, saying he could no longer stand the pressure being put on him. Meanwhile, the magazine's editor-in chief, Alper Görmüş, faced prison charges but was later acquitted. However, Görmüş appealed his own acquittal because he said there should have been an investigation into the magazine's reports about the journal so it would be proven that he was publishing the truth and the coup plotters would be charged.

In another development, Turkey's Taraf daily reported on June 7 the existence of a group set up in 2002 called the Republican Work Group (CÇG) which was set up within the JGK following the election of the AK Party in the November 2002 elections. The new group, established by Eruygur, has been involved in activities to influence politics and the social atmosphere in Turkey. Eruygur was appointed JGK commander in 2002, the year the AK Party entered office.

The CÇG's goal was to overthrow the government -- perceived by the secular establishment as a threat to the secular order of the nation -- utilizing the judiciary and academics as well as other segments of society.

The Taraf daily cited its source as an unnamed military officer who provided a CD on which information about the CÇG was stored in slideshows and text documents. The daily continued its report on June 8, noting that university rectors and civil society groups were among those working in cooperation with the CÇG. According to information on the CD, the CÇG has no legal standing and is not shown as being a part of the military's official organizational structure.

The CÇG has initiated a number of activities, reports and events since early 2003. It has blacklisted a multitude of individuals, agencies, schools, civil society groups, business owners and public agencies and their employees for their religious affiliations, Taraf said.

"... We gathered in my house with the commanders of the air forces, the navy, the army and the gendarmerie forces at 2 p.m. … The second topic again turned out to be the same one, 'We should topple these fellows,' was what we discussed. Şener and the air guy [Fırtına] are pressing too much for this. Şener can't get it out of his mind; he repeats the same thing every two words. So does the air guy. If we don't want to give away Cyprus, our furthest limit is April 9, 2004. Whatever we must do, we should do before that."