General staff on peace and freedom day of TRCN

General staff said that "Delegation representing Turkish Cypriots said the island needed a new constitution, and indicated that 34 percent territory should be left to Turkish party after establishment of a bi-zonal federation. However, the other Greece a 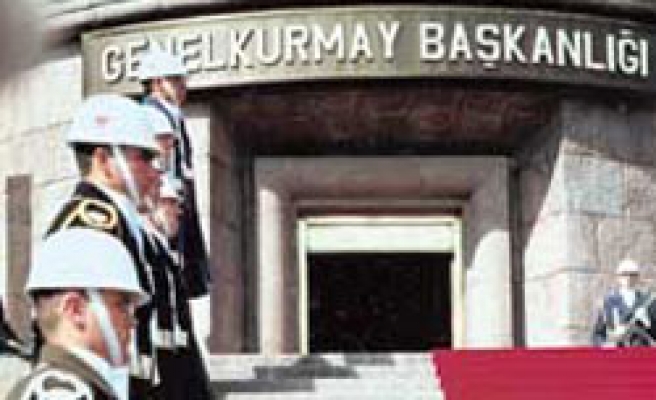 General Staff released a statement in its web-page, recalling that Cyprus Republic was founded under the guarantor status of Turkey, Britain and Greece in 1959 based on mutual equality of Turkish and Greek Cypriot people, and noted that Greek Cypriot leader Macarious was elected as the President and Turkish Cypriot leader and Dr. Fazil Kucuk was elected as the Vice President.

"In 1974, Greek Junta Government believed that time came to annex the island, however it considered Macarious as an obstacle to fulfill this goal. Athens tried to overthrow Macarious through the Greek officers in the island. Nicos Sampson launched a military coup against Cypriot President Macarious on July 15th, 1974 and initiated the process to annex the island to Greece. The Junta started to massacre both its kinsmen who oppose them and Turkish Cypriots since then," it said.

"Turkey, having guarantor status, intervened in the island on July 20th, 1974 to put an end to clashes, bloodshed and sufferings in the island. Turkey ended the operation on July 22nd due to the calls of the UN Security Council. However, many Turkish Cypriots in some settlement units were still not safe and were left to the mercy of Greek Cypriot and Greek forces," the statement said.

"Greek Government resigned after a cease-fire was reached in Cyprus. Sampson withdrew from ruling in Cyprus and former Representatives Assembly President Glafcos Clerides was appointed instead of him," the text noted.

Referring to the Geneva meeting of Turkey, Britain and Greece, three countries having guarantor state status on Cyprus, General Staff said, "the parties discussed conditions of peace. Delegation representing Turkish Cypriots said the island needed a new constitution, and indicated that 34 percent territory should be left to Turkish party after establishment of a bi-zonal federation. However, the other Greece and Greek Cypriots did not accept this."

"Upon the developments, Turkey launched the second Peace Operation to save the regions extending to Magosa and Lefke from Greek Cypriot occupation. Turkish army seized Magosa on August 15th and Lefke on August 16th. Following the cease-fire on August 16th, 1974, Turkish Cypriots, suffering from economic and social problems for years, reached independence," the statement said, noting that presence of Turkish army has been the guarantee of peace and security of the both parties in the island since then.