It seems that the very same Turkey expert and her think tank failed our generals again and mistakenly double-booked our generals with the Kurdish leader and harmed our army's image again. 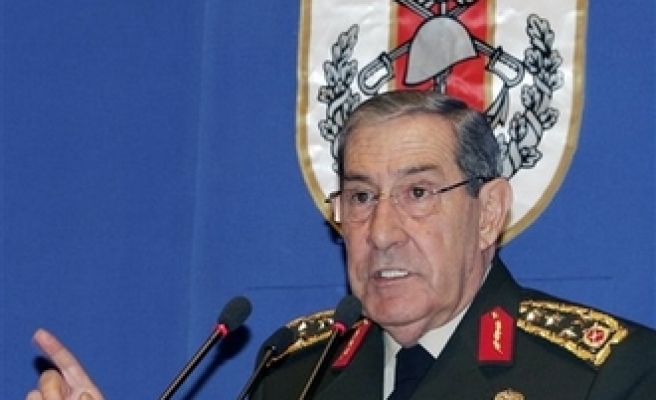 I thought about titling my column “Generals and their friends,” but then I changed my mind as I remembered the much-quoted proverb “Tell me who your friend is and I’ll tell you who you are.” We should be careful not to harm our army’s reputation. A while ago, our generals invited a neo-con Jewish-American -- who for some reasons hates our democratically governing politicians and calls them “Islamofascists” -- to a conference. Before this, the second chief of General Staff paid a visit to a not-so-prestigious neocon think tank and just after his visit, this think tank’s so-called Turkey expert wrote a piece for Newsweek claiming that chances of a coup d’etat taking place in Turkey were 50-50. Everyone wondered if the piece was part of an attempt of self-fulfilled prophecy and pondered about the second chief of General Staff. After a while this Turkey expert explained that her source was not that person. The second chief of General Staff’s visit and appearance of the clairvoyant Newsweek piece was just a coincidence. Yet the harm was done.

The very same expert has recently been back on stage. This time, our military attaché to Washington and another general -- the head of the Turkish military think tank -- attended a brainstorming session organized by the expert at the same neocon think tank where discussants allowed themselves to speak about Turkish domestic politics. What is more, one of Kurdish “unspeakables” -- Jalal Talabani’s son -- was at the same meeting, although our chief of General Staff had previously declared very strongly that dialogue with the northern Iraqi leaders was out of the question.

Add to this a military arsenal found in a house in Umraniye, Istanbul. Several people have been charged and detained on the basis of attempting to destabilize the state. Here we have another unlucky coincidence. These people are ex-military officers who are also cheerleaders of artificial nationalists (ulusalcilar) who have been claiming that the AK Party government is not sensitive about national issues and is selling the country, its factories, banks and even land to imperialists such as the EU, the US and international investors. Not-so-surprisingly in our land of coincidences where coincidence is the rule, their rhetoric coincides with out hawkish generals and upset junior military officers’ rhetoric.

Enough said so far as far as the guests, hosts and coincidences are concerned. Let us now look some colleagues of our generals. I am talking about the OYAK CEO who sits on the same board as generals and retired generals. Last year, they terrorized, as it were, the country when the government decided to privatize one of our steel factories. Artificial nationalists and OYAK claimed that foreigners must not buy it as it was a national security issue. Then, OYAK bought the factory where virtually nobody dared to bid and sold around 40 percent of it to the French. Last week OYAK announced that they are selling their bank to a Dutch group. Our generals’ reputation was tarnished again.

Should our generals not be sensitive about whom they are socializing with? As said in the beginning, we should be careful not to harm our army’s reputation and “we” includes our generals.