A dramatic genetic breakthrough has paved the way for potential new treatments of seven common diseases that could help more than 20 million people. 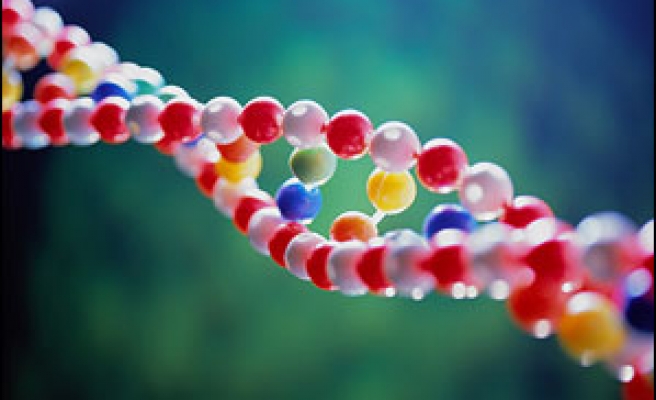 A dramatic genetic breakthrough has paved the way for potential new treatments of seven common diseases that could help more than 20 million people.

The largest ever study of its kind has found 10 new genes linked to seven of the most common ailments: heart disease, rheumatoid arthritis, high blood pressure, type 1 and type 2 diabetes, bipolar disorder and Crohn’s disease.

Some 200 British scientists from 50 research groups collaborated to discover the genes after screening DNA from 17,000 people.

Together the seven diseases affect more than 20 million people across the UK, with coronary heart disease alone claiming the lives of 105,000 people every year, making it the country’s biggest killer. The study has identified, for the first time, some of the genes that trigger these diseases.

Professor Peter Weissberg, medical director of the British Heart Foundation, said the new research held out the hope of a new understanding of heart disease and high blood pressure, that could ultimately lead to new treatments.

The painstaking two-year Wellcome Trust Case Control Consortium investigation is the biggest study of the genetics behind common diseases ever undertaken. It has been likened to trawling the sea with huge nets rather than fishing with a rod and line.

The scientists analysed DNA samples from 2,000 patients per disease, comparing them with 3,000 control samples from healthy volunteers.

One of the most exciting finds was a new link between type 1 diabetes and Crohn’s disease, a type of inflammatory bowel disorder that affects up to 60,000 people in the UK.

A gene called PTPN2 was found to be common to both auto-immune diseases, suggesting that they share similar biological pathways.

Professor Peter Donnelly from Oxford University, chairman of the Consortium, tonight said the new approach - published tomorrow in the journal Nature - would open a new chapter in the study of how genetics influences the development of diseases.

“Our study heralds a new dawn in genetics,” he said.

“It is absolutely clear now that this approach works. The findings are reliable and the whole field is changing, so our understanding of human genetics will be quite different in a year or so.

“By identifying the genes underlying these conditions, our study should enable scientists to understand better how disease occurs, which people are most at risk and, in time, to produce more effective, more personalised treatments.”

However, the study has also raised the question of whether a “genetic underclass” might emerge - who could face higher health and life insurance premiums if they are identified as being at risk of disease.

Dr Mark Walport, Director of the Wellcome Trust, the UK’s largest medical research charity, was optimistic about the study’s potential.

“Just a few years ago it would have been thought wildly optimistic that it would be possible in the near future to study a thousand genetic variants in each of a thousand people,” he said.

“This research shows that it is possible to analyse human variation in health and disease on an enormous scale.

“New preventive strategies and new treatments depend on a detailed understanding of the genetic, behavioural and environmental factors that conspire to cause disease.”

Professor Weissberg stressed there was still a long was to go before new drugs were developed that could target mechanisms triggered by various genetic factors.

He said: “It might give us a new insight into the mechanisms that produce high blood pressure and heart disease. If we can get to an understanding of new mechanisms, that might lead us to a new drug to target those mechanisms.”

Karen Addington, CEO of the Juvenile Diabetes Research Foundation in the UK, said the “landmark” study could help the lives of around 350,000 people who suffer from type 1 diabetes in the UK.

“For the first time we can pinpoint which genes increase the likelihood of developing type 1 diabetes,” she said.

“The more that we understand how and why the condition occurs, the closer we come to being able to prevent and cure it.”

Andrew Hattersley of the Peninsula Medical School in Exeter, an expert in type 2 diabetes, which affects 1.9 million people in the UK, added: “We now have significantly more pieces to the jigsaw that will help us understand the mechanisms behind type 2 diabetes.

“Each piece of new knowledge takes us a step closer towards a future with improved prevention and treatment of this very significant condition.”

The study is a “major step forward” into understanding rheumatoid arthritis according to Professor Jane Worthington of Manchester University. The disease affects 387,000 mostly elderly people in the UK.

She said: “The findings of the Wellcome Trust Case Control Consortium make a major step forward in terms of understanding how multiple genetic factors may influence this disease process.

“Greater understanding of the genetic basis of susceptibility is important to the development of novel therapeutic approaches, particularly those aimed at arresting the disease process before significant disability has occurred.”

The study's key findings were:

Bipolar disorder: A whole collection of genes were found to be associated with this mental illness, also known as manic depression, which is marked by extreme mood swings. Each on its own makes a small contribution to risk, but together they can have a significant effect. Several of the genes identified play a key role in the way nerve cells in the brain talk to each other. Bipolar disorder affects about 100 million people worldwide.

Crohn's Disease: Three new genes were found to increase a person's susceptibility to this illness, which affects between 30,000 and 60,000 people in the UK. One, PTPN2, which is involved in the regulation of the immune system, was also found to be shared with type 1 diabetes. It is the first genetic link between the two diseases to be identified.

Hypertension (high blood pressure): A number of genetic signals were found pointing to a higher risk for hypertension. The results suggest that high blood pressure arises because of a wide range of interacting factors, including a large number of genes. More work is needed, but the research takes scientists closer to understanding the mechanisms behind this incredibly common disorder which affects more than 16 million Britons and a billion people worldwide.

Rheumatoid Arthritis: (RA). Several genes were found for the first time to have a possible role in RA. Further work will have to be undertaken to validate the findings and understand how the genes might influence the development and course of the auto-immune disease suffered by 387,000 people in the UK. Scientists hope the research will lead to new cures.

Type 1 Diabetes: The study highlighted four new chromosome regions that increase the risk of type 1 diabetes, another auto-immune disease in which the insulin-producing cells of the pancreas are destroyed. The newly discovered link with Crohn's may provide clues on how to treat type 1 diabetes in the future. The disease affects around 350,000 people, in the UK, including 20,000 children.

Type 2 Diabetes: Research from the consortium has helped identify clear genetic links between obesity and type 1 diabetes. One of these, the gene FTO, influences the risk of diabetes through an effect on weight gain. The work illustrates the fact that type 2 diabetes is not just the result of lifestyle factors, such as poor diet and lack of exercise, but is also gene-driven. An estimated 1.9 million people in the UK have type 2 diabetes.