However, Georgia has formally notified Russia that it is withdrawing from a bilateral air defense cooperation treaty, a Georgian Foreign Ministry spokesman said on Monday. 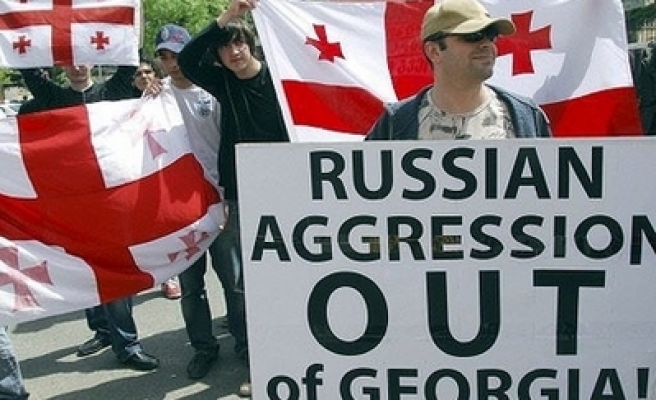 "We literally have to avert war," Georgian State Minister for Issues of Reintegration Temur Iakobashvili told a news briefing during a trip to Brussels.

Asked how close to such a war the situation was, he replied: "Very close, because we know Russians very well."

Russia has said the troop build-up is needed to counter what it says are Georgian plans for an attack on breakaway Abkhazia and has accused Tbilisi of trying to suck the West into a war.

Pulling out of air defense treaty with Russia

However, Georgia has formally notified Russia that it is withdrawing from a bilateral air defense cooperation treaty, a Georgian Foreign Ministry spokesman said on Monday.

The treaty was signed between the two countries' defense ministries on April 19, 1995.

Tbilisi's move comes after two Georgian reconnaissance planes were allegedly shot down over the unrecognized republic of Abkhazia's airspace on Sunday.

A Georgian deputy defense minister said his country had seen no practical benefit from the treaty with Russia.

"Georgia has long stopped participating in any defense or military-technical cooperation programs within the CIS," Batu Kutelia said, adding he hoped the Russian side would treat the announcement "with understanding."

Russia's Embassy in Tbilisi confirmed that it had received formal notice from Georgia.