The leaders of Georgia's breakaway regions have rejected a power-sharing deal offered by Tbilisi saying they will accept nothing less than full independence, Interfax news agency reported on Sunday. 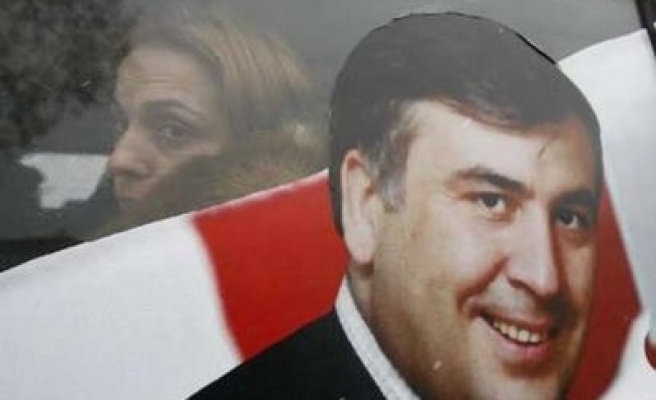 He has also offered educational and agricultural aid to South Ossetia, which like Abkhazia broke away from Georgia in the early 1990s, it if re-integrated.

"These proposals are unacceptable," Interfax quoted Abkhazian leader Sergei Bagapsh as saying. "Abkhazia's independence is not an issue for debates, our leadership will not deviate from this position."

Saakashvili, who wants his state to join NATO and the European Union, has made re-integration of Abkhazia and South Ossetia a priority.

Russia's support for the separatist governments is the most difficult issue in Tbilisi's relations with its former imperial master, which also resists Georgia's bid to join NATO.

The Bucharest summit refused to grant MAPs to Georgia and ex-Soviet state Ukraine, but promised both eventual membership and NATO foreign ministers will review the requests in December.

Unresolved separatist conflicts were one of the reasons for NATO to reject Georgia's outright request.

Abkhazia and South Ossetia, where most residents now hold Russian passports, have become a diplomatic tool for Moscow.

President Vladimir Putin has not responded to pleas by the two regions to recognise their independence despite a resolution by the Russian parliament to do so.

However, ahead of the NATO summit Russian officials hinted Moscow could do so if Georgia were admitted into the alliance.
Last Mod: 13 Nisan 2008, 16:24
Add Comment