German police are not ruling out a xenophobic motive after an arson attack on a mostly Turkish people occupied-building. 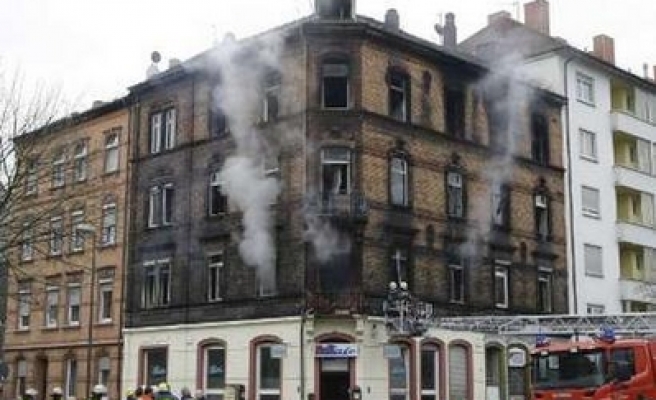 German police are not ruling out a xenophobic motive after an arson attack on a building mostly occupied by Turkish people.

Five people were treated for the effects of smoke inhalation on Saturday following the fire which broke out in the town of Backnang near Stuttgart after a pram was set alight in the hall of the building in the western state of Baden-Wuerttemberg.

Graffiti including two swastikas and the phrase "now everyone die" had been sprayed on a wall.

"A xenophobic background to the attack cannot be ruled out at this stage," a police spokesman said on Sunday.

The Turkish media said that fire was a racially motivated attack but German prosecutors have virtually "ruled out" arson as the cause of the blaze, which killed five children and a pregnant woman.

Investigations into the fire in Backnang are continuing, police said.