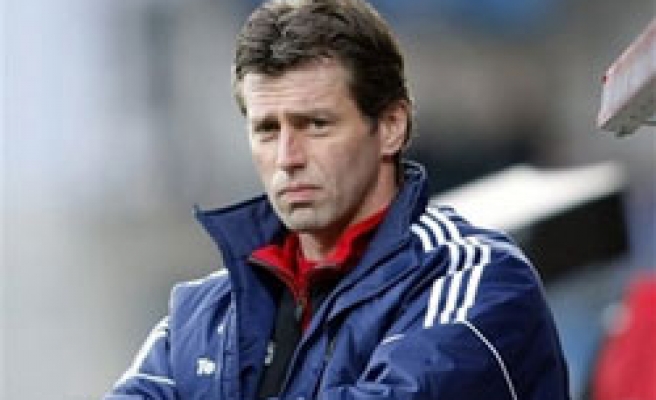 A German coach arrived in the Turkish city of Istanbul on Monday to train a Turkish soccer team that was the winner of 2007-2008 season.

"I have joined a club with good, talented and young players," the German coach told reporters at the Ataturk Airport.

Skibbe said that he believed the team could achieve great things.

The German coach is expected to hold talks with the executives of the Turkish team to add new footballers to the squad.

Skibbe signed a one-year contract with an option for another year with Galatasaray on June 12th.

A former Bayer Leverkusen coach, Skibbe became the 51st coach of the club.

Born in 1942, Skibbe played for SG Wattenscheid 09 in his youth. Then he switched to the professional team of Schalke 04. From 1984 to 1986, he appeared in 14 Bundesliga-games, but then he tore his cruciate ligament three times, which forced him to end his playing career.

At the age of 22, he started his career as coach with Schalke 04 youth team. In 1989, he became the youth coach for Borussia Dortmund, where he became head coach in 1998, thus becoming the youngest head coach in the Bundesliga of all time at the age of 32. He gave up this post after being offered the position as director of the German national team. In 2000, he became its head coach. And in 2005, he signed with Bayer Leverkusen which finished on 7th position in German Bundesliga 2007/2008.