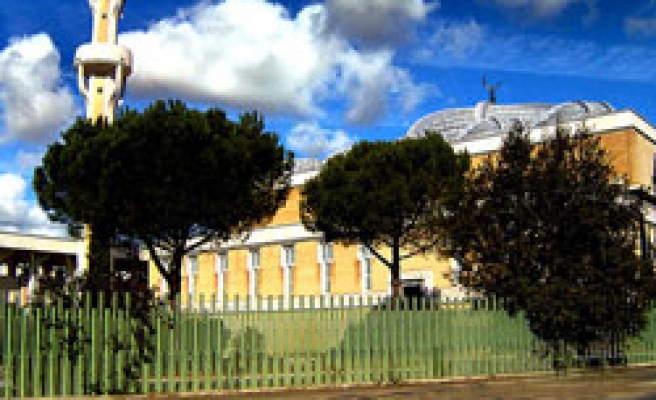 Turkey is planning an unprecedented effort to ensure its imams serving Muslim communities in Europe are able to offer the best possible service; 110 highly qualified imams are currently receiving language training at Ankara's German Culture Center and in the Netherlands.

During his visit to Turkey on Feb. 4, German Interior Minister Wolfgang Schauble met with Religious Affairs Directorate head Ali Bardakoğlu and requested the latter send educated imams to Germany to provide religious services to Turks and Muslims in the country.

The directorate has decided to send 110 imams to Germany and other European countries.

These imams were meticulously selected and care was taken to ensure that the majority of them were graduates from schools of divinity.

Moreover, as required by the directorate, these imams are taking German and Dutch language courses to avoid any harmonization problems during their four-year terms of service in Germany, Austria, Belgium, Switzerland and the Netherlands.

The imams have been attending these language courses at the German Culture Center in Ankara since January 2008 and will continue to do so until the end of May.

The imams will be appointed to their posts in Europe in June and will be provide religious services to Muslims in Europe from August 2008.

IMAMS AMONG GRADUATES OF THEOLOGY FACULTIES

The Religious Affairs Directorate periodically sends imams to foreign posts, but this time it has taken extra care in selecting and training the imams.

Ninety imams to be sent to various posts in Germany, Austria, Belgium and Switzerland are taking language courses at the German Culture Center in Ankara.

Twenty imams have been learning Dutch in the Netherlands since Feb. 9. In these language courses, trainees are taught grammar and practice speaking four days a week.

In the past, the Religious Affairs Directorate had been criticized for not taking care in the selection of imams to be sent to Europe. The current practice implies that the directorate will be more careful with future appointments.

Moreover, the directorate has decided to restructure its subordinate bodies in European countries. It is planning to open various training centers in countries with significant Turkish and Muslim populations. The officials employed in these centers will be also be carefully selected.