Nine Turkish people died and 20 others were injured in fire in a building in Ludwigshafen, Germany on February 3rd. 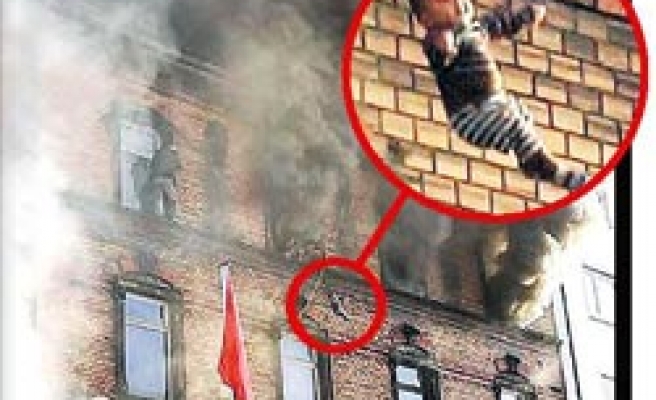 German prosecutors closed the file Wednesday on a building fire that killed nine Turkish people in Germany, without a satisfactory result that relieved fire victims.

Many Turkish people have expressed a feeling that the February 3 fire may have been a cleverly disguised racist attack.

But prosecutors said they had "almost certainly" ruled out arson. The fire had begun under the staircase of the multistoreyed apartment block in the factory town of Ludwigshafen, south of Frankfurt.

No technical defect was found in the building, so the fire must have been caused by some sort of "negligent behaviour."

The inquiry, assisted by police officers from Turkey, had never uncovered the fire cause, but "there are no lines of inquiry left," the prosecutors said.

The victims, all women and children, were trapped on upper storeys where they had been watching a carnival parade in the street below.

The prosecutors said they followed up 200 clues and interviewed 120 witnesses. If any new evidence emerged, the inquiry would be re-opened.

Nine Turkish people died and 20 others were injured in fire in a building in Ludwigshafen, Germany on February 3rd.

The Solingen fire killed two Turkish women and three young girls from the same family on May 29, 1993. It was the worst killing in a wave of right-wing violence in the country since Germany's reunification in 1990.