German FM: 'Gov't would not give in to PKK blackmail' 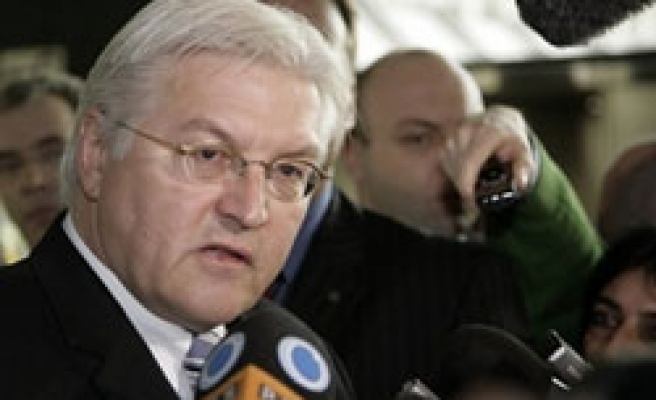 German Foreign Minister said on Thursday that his country continued to exert efforts for the unconditional release of the three German mountaineers who were abducted by PKK terrorists in the east of Turkey on Wednesday.

The German government would not give in to blackmail, said Foreign Minister Frank-Walter Steinmeier of Germany in a statement on Thursday.

Steinmeier also said that a crisis desk was launched at the German Foreign Ministry and officials kept on working on the issue.

A group of German mountaineers, who arrived in the city to climb Mount Agri, were camping at 3,200 meters of altitude when five terrorists raided the camp and abducted three mountaineers.

After the attack, Turkish gendarmery launched a wide-scale search and rescue operation and the other mountaineers were brought to Agri's Dogubayazit town.