German Muslims are planning for a large mosque in the country's fourth-largest city of Cologne as a way to better integrate the minority into society. 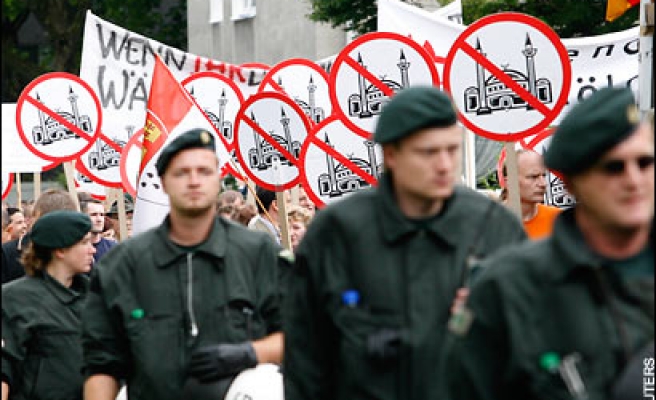 German Muslims are planning for a large mosque in the country's fourth-largest city of Cologne as a way to better integrate the minority into society,

"Muslims have been here for 40 years, yet people are praying in back rooms," said Seyda Can, an Islamic theologian at the Turkish Islamic Union in Cologne. "There are 120,000 Muslims in Cologne, that's 12 per cent of the population. We should not hide."

Work will begin in the autumn on the £15 million mosque, which will include glass and stone cupolas and two six-storey minarets.

Ms Can, who speaks fluent German says that when completed in 2009 it will aid the integration of a population sometimes regarded as outsiders.

"With this mosque Muslims will no longer think of their old countries as their home, but of Germany," she said.

"Two hundred years ago the first Protestant church was built in Cologne. It was a long process for Protestants to be accepted but today, of course, they are. Why can't we be the same?"

However, others believe that the mosque in the city's Ehrenfeld district, just two miles from the Gothic spires of Cologne Cathedral, will foster, rather that heal, divisions.

"It's not a popular plan," said Joerg Uckermann, the district's deputy mayor. "We don't want to build a Turkish ghetto here."

Mr Uckermann is part of a curious coalition of protest that has united Jewish intellectuals and neo-Nazis. Leading the charge is Ralph Giordano, a Jewish author, who wrote recently that Germany was witnessing a "clash of two completely different cultures" and questioned whether they could ever be reconciled.

At the Islamic Union, every effort is made to address those fears. "We run German language courses," said Ikbal Kilic, a spokesman.

"And the design of the mosque features a lot of glass, so people can see in. We want to be open."

"We live in a land of religious freedom," said Prelate Johannes Bastgen, the cathedral's dean. "I would be very glad if the same principle existed in Muslim countries."