Fearing that fruitless discussions could drag on forever, representatives of Europe's second largest Muslim minority are asking German authorities for a roadmap that would eventually yield to a state recognition of Islam. 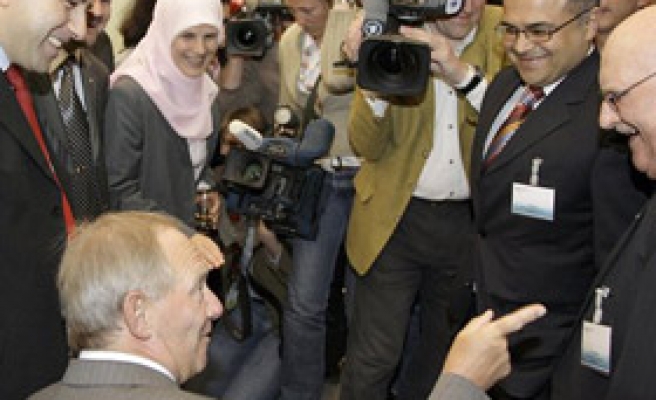 Fearing that fruitless discussions could drag on forever, representatives of Europe's second largest Muslim minority are asking German authorities for a roadmap that would eventually yield to a state recognition of Islam.

"This cannot be aimless, it can't be just a debate," Ayyub Koehler, head of the newly-formed Central Council of Muslims in Germany, said after a high-profile meeting with Interior Minister Wolfgang Schaeuble on Wednesday, May 2.

"There must be an evaluation of this whole process... We need to set concrete goals and we need to lay out a roadmap," he added.

"There must be clear goals for what the conference is seeking to achieve, the most important of which is dealing with Islam on equal footing with other faiths."

Koehler, nonetheless, underlined the need to pursue dialogue with the German government.

"Islam conference is an important step that should be going on."

Eight months after the government set up the Islam Conference, Muslim leaders and government officials met for a second time to discuss sensitive issues such as religion, integration, equality, hijab and girls' participation in sports.

"Despite difficulties, dialogue with the Muslim representatives is going in the right direction," Schaeuble told a press conference after the meeting.

The government set up the conference to try to help Germany's 3.4 million Muslims into mainstream society.

The conference, whose first round was held last September, is to last three years and the government says it expects conclusions only later on in the process.

Large part of Wednesday's debate was dominated by a row over the status of the newly-formed umbrella group.

Despite welcoming the creation of the new body, Schaeuble said it only represents a fraction of the Muslim minority.

"Unifying Muslim groups into the Coordination Council (KRM) is a step in the right direction," he said.

"However, the council only represents 10% of the German Muslims. Therefore, it can't be an official partner in dialogue with the German authorities."

The interior minister said Muslim should follow the suit of Christians in organizing themselves.

"If you (Muslims) want the same rights of the Church, you must organize yourselves in line with the German Constitution."

His remarks drew rebukes from the Muslim leaders.

Ali Kizilkaya, the chairman of the Islamic Council for Germany, also lashed out at the interior minister.

"Muslims have made an historic move that must be welcomed by the interior minister," he told the Neue Passauer Presse the daily.

"Muslims want a strong signal that they are dealt with as religious group."

There are some 3.4 million Muslims in Germany, including 220,000 in Berlin alone.

Islam comes third in Germany after Protestant and Catholic Christianity