Germany has barred the makers of a movie about a plot to kill Adolf Hitler from filming at German military sites because its star Tom Cruise is a Scientologist, the Defence Ministry said on Monday. 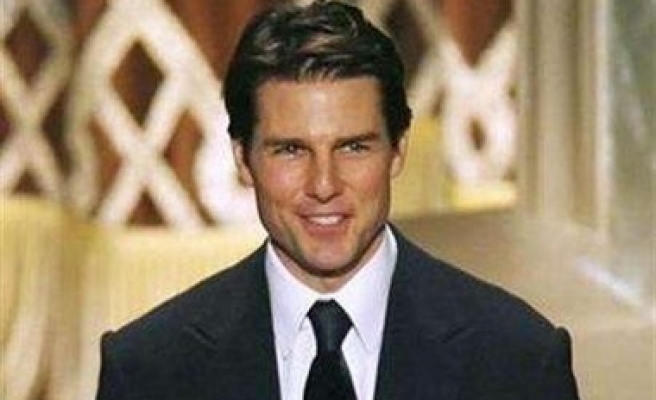 Germany has barred the makers of a movie about a plot to kill Adolf Hitler from filming at German military sites because its star Tom Cruise is a Scientologist, the Defence Ministry said on Monday.

Cruise, also one of the film’s producers, is a member of the Church of Scientology which the German government does not recognise as a church. Berlin says it masquerades as a religion to make money, a charge Scientology leaders reject.

The US actor has been cast as Colonel Claus von Stauffenberg, leader of the unsuccessful attempt to assassinate the Nazi dictator in July 1944 with a bomb hidden in a briefcase.

Defence Ministry spokesman Harald Kammerbauer said the film makers ‘will not be allowed to film at German military sites if Count Stauffenberg is played by Tom Cruise, who has publicly professed to being a member of the Scientology cult’.

‘In general, the Bundeswehr (German military) has a special interest in the serious and authentic portrayal of the events of July 20, 1944 and Stauffenberg’s person,’ Kammerbauer said.

Stauffenberg had been deeply opposed to the Nazis’ treatment of the Jews and planted a briefcase bomb under a table near Hitler in his ‘Wolf’s Lair’ headquarters on July 20, 1944. The bomb went off but only wounded the Fuehrer.

The film, slated for a 2008 release and to be directed by Bryan Singer and co-starring Kenneth Branagh, is called ‘Valkyrie’ after Operation Valkyrie, the plot’s codename.

The main site of interest would be the ‘Bendlerblock’ memorial inside the Defence Ministry complex in Berlin. This is where Stauffenberg and his co-conspirators hatched the plot and where he and his closest comrades were executed when it failed.

Kammerbauer said the ministry had not yet received official filming requests from the producers of ‘Valkyrie’.
Last Mod: 26 Haziran 2007, 18:30
Add Comment