Union officials said that the unlimited strike, the first in 13 years at Lufthansa, would affect all areas -- from catering and cargo to maintenance and repair staff. 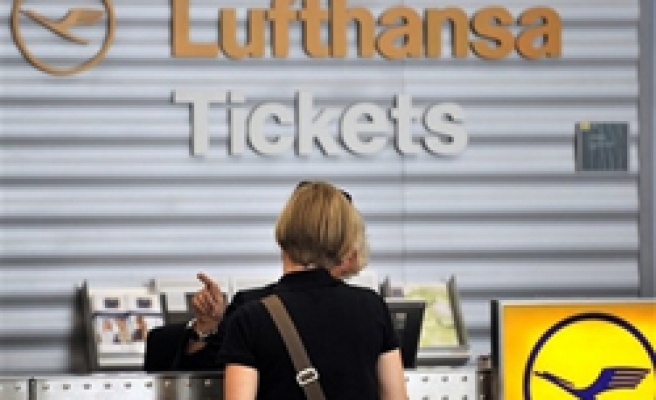 A strike over wages by ground crew and cabin staff at Deutsche Lufthansa is expected to cause disruptions at Germany's 10 largest airports on Monday after a key union voted overwhelmingly to walk off the job.

The Verdi union, which represents 52,000 air industry workers, planned to start the strikes at midnight (2200 GMT) -- but would not reveal in advance where the walkouts would happen to prevent the airline from making plans to thwart the impact.

Union officials said that the unlimited strike, the first in 13 years at Lufthansa, would affect all areas -- from catering and cargo to maintenance and repair staff. Some 91 percent of union members voted to strike, Verdi said on Friday.

Verdi, which has lost influence since the last Lufthansa strike in 1994, wants a 9.8-percent pay increase for one year. Lufthansa, Europe's second biggest airline by passenger numbers, is offering 6.7 percent over 21 months and a one-off payment.

Lufthansa has said it will have to see where the strikes happen before deciding how many domestic and international flights will be cancelled. It has said it hopes to juggle non-striking staff to limit the impact of the strike.

In view of heavy criticism from political and industry leaders, the union is expected to stop well short of an all-out walk out on Monday and instead opt for targeted strikes.

Verdi would be ready to restart talks if Lufthansa improved its offer, Ott said. Their wage talks broke down on July 10.

"We've got to do everything we can to prevent this strike," said Klaus Lippold, a member of parliament and transport expert for the Christian Democrats. "Not only to save the holiday season but to prevent damage to Germany's air travel industry."

Rainer Wend, an economy expert in parliament for the Social Democrats, also spoke out against the strike.

"Even though one must accept a strike being a tool in a labour dispute, it's still unfortunate that innocent bystanders and holiday travellers will be hurt by the strike more than the union's opponents," Wend told Welt am Sonntag newspaper.

Earlier this week, Lufthansa cancelled almost 1,000 regional flights at its Eurowings and CityLine subsidiaries after pilots walked out in a separate pay dispute.

At a time when Europe's biggest economy is seeing a spike in inflation, several labour unions are seeking bigger wage deals after restraint in recent years.