Germany may accept 30,000 Christians in Iraq

Germany is mulling calls for it to take in up to 30,000 Christians in Iraq, an Interior Ministry spokeswoman said Saturday, confirming an account in the news magazine Der Spiegel. 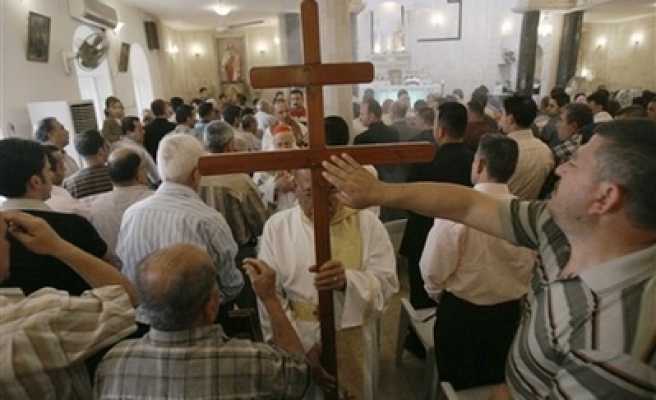 Interior Ministry experts in Berlin were studying suggestions from the Catholic and Lutheran churches that Germany declare a quota for resettlement by Iraqi Christian refugees, Der Spiegel said.

Currently there are only small numbers of Iraqi Christians in Germany, mostly people who have been caught while illegally trying to migrate along land routes to Sweden, where they have been welcomed.

Many of the Christians speak the Aramaic language.

Iraq's two main native Christian denominations are the independent Church of the East under patriarch Dinkha IV, and the Chaldean Catholic Church under patriarch Emmanuel III Delly which is linked to Catholicism.