Germany protest due ahead of G8

Up to a 100,000 demonstrators from anti-globalisation groups are due to march in the German city of Rostock. 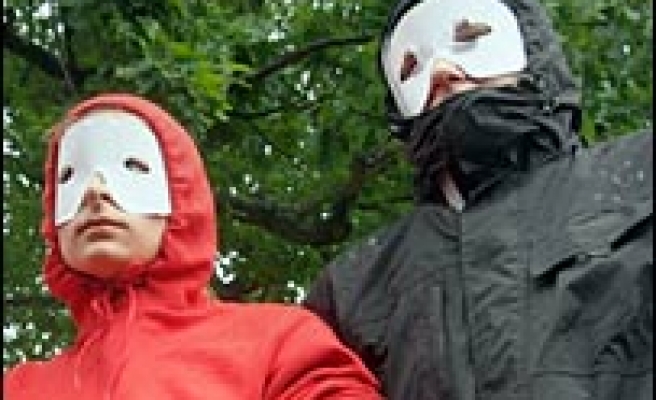 They are protesting against next week's G8 summit of leading industrial nations in Heiligendamm, 25km (16 miles) away.

The German authorities say there are serious concerns that far-left groups are planning violent attacks.

There is already a heavy police presence in the city, and the authorities say they will react quickly if there is any trouble.

Thousands of protestors are gathering in a camp by the harbour in Rostock.

At the main entrance, there's a sign with the words "No police and no neo-Nazis".

The activists have pitched their tents in a large field and the majority are planning to stay until next week's G8 summit.

Many protestors have travelled here from all over Europe.

Some activists have made it by bicycle from Denmark; others arrived by train or bus. Most protestors say they want to stage a peaceful demonstration to vent their anger at G8 leaders.

"It's very important people all over the world come and protest against the politics of G8, which actually refer to all people of the world, although they are driven from the high elite in the G8 countries," said one protester.

The protestors will march on Saturday along a designated route from the main station through the city centre and down to the harbour.

Along the way, they'll be closely watched by thousands of police officers who've been drafted in from across the country.

Some shops in the city have boarded up their windows as a precautionary measure.

According to a spokeswoman from the regional police force, the main priority is to prevent trouble-makers from attending the march.

"Our aim is to make sure that this demonstration will be peaceful," she said. "but if there is trouble, then of course we are ready to react quickly."