Reaching out to the fast-growing Muslim customers in the United States, major consumer companies and advertisers are adapting their products to fit the taste of the sizable Muslim minority, reported The New York Times on Saturday, April 28. 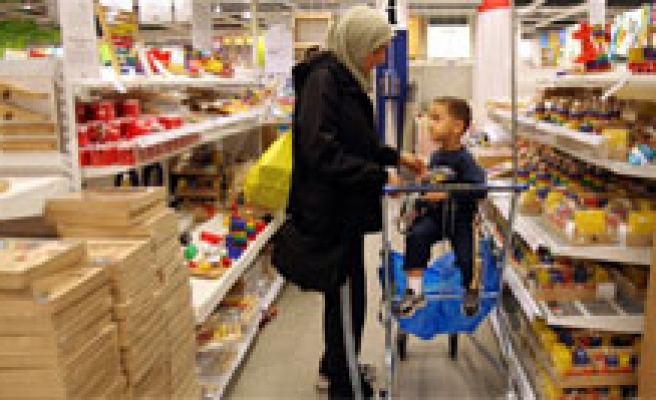 Many retailers are now looking into providing Muslim-like products like conservative skirts and pork-free food stuffs and drinks.

Companies in the Detroit area, where there is a dense population of Muslims, are championing the policy shift.

McDonald's, the world's largest chain of fast-food restaurants, is now serving halal chicken McNuggets for Muslim customers in the area.

Walgreens, a convenience pharmacy chain, has also Arabic signs in its aisles.

Ikea, a home products retailer, is also touring local homes in the suburb of Canton to talk to Muslim customers in an effort to figure out their needs.

It is also planning to sell decorations for the holy fasting month of Ramadan in September and is adding halal meat to its restaurant menu.

Catalogs in Arabic are also being planned, and hijab-wearing Muslim employees will be offered Ikea-branded hijabs.

"People would flock to it," said Daisy Khan, executive director of the American Society for Muslim Advancement, a nonprofit group based in New York.

There are between 5-8 million Muslims customers in the US.

They spend about $170 billion on consumer products and are expected to grow rapidly as the population expands.

Leading advertising agencies in the US are also putting now American Muslim customers on their commercial agenda.

"These advertisers have been in the Middle East and in the Far East Muslim countries for decades, so they’re already dealing with the Muslim market," said Tayyibah Taylor, publisher and editor in chief of Azizah magazine, a Muslim-focused magazine in Atlanta.

"They just haven’t been dealing with the Muslim marketer here at home."

Giant advertising agency JWT is now planning to encourage the chief executives of all of its major clients, including Jet Blue, the Ford Motor Company and HSBC, to market to Muslims in the US and Britain.

She said Muslims, in particular, wanted consumer companies to recognize, for instance, their holidays.

American Muslims find it appealing and attractive from certain stores, who put into consideration religious sensibilities.

"If Ramadan starts, and you see an ad in the newspaper saying, ‘Happy Ramadan, here’s a special in our store,’ everyone will run to that store," Almas Abbasi told the Times.

"It’d be really good to say, ‘Oh, there’s a Muslim on TV, and they’re portraying something good other than Muslims killing people,’ " said Shaheen Magsi, a senior at the New York Institute of Technology in Old Westbury, N.Y.

Magsi said her family turned off their cable television three years ago after seeing too many negative stereotypes about Muslims.

She added that she had grown tired of distancing Islam from terrorism and clearing misconceptions circulated by the media.

Alia Fouz, a Palestinian-American who lives near the Ikea in Canton, said she never felt that ads were addressing her as a Muslim.

"We should be included," she said. "We live here."