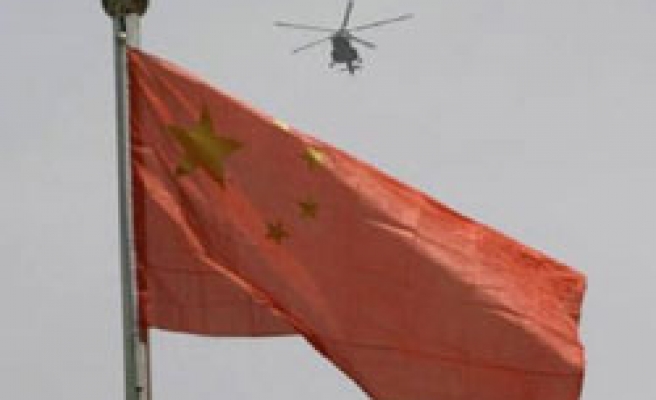 Thousands of rioters torched police and government office buildings in southwest China on Saturday, in unrest triggered by allegations of a cover-up over a girl's death, residents and state media reported on Sunday.

About 10,000 people mobbed government offices in Weng'an county, Guizhou province, on Saturday afternoon demanding justice over the teenager's death after her body was found in a local river, a resident said.

"Local residents were very angry about the injustice exercised by local authorities," the resident, who is an official at a local government office, told Reuters by telephone.

"About 10,000 people rushed to the site and totally burned down the county party office building, and burned other offices in the county government."

"They also burned about 20 vehicles, including police cars," the official, surnamed Huang, said.

Huang said residents were angered when authorities declared the girl had killed herself by jumping in the river.

Residents believed the girl had been raped and murdered by a relative of a senior government official.

"They torched the buildings to vent their anger," Huang said, adding that rioters had cut off a fire-truck's hose so that it could not extinguish the blazes.

The riots escalated after police used force to disperse hundreds of students who had gathered at the county public security bureau to petition police about the case, the International Center for Human Rights and Democracy said in a faxed statement on Sunday.

Subsequent clashes with riot police left one protester dead, and more than 150 injured. About 200 people, including dozens of students had been arrested in the wake of the incident, the Hong Kong-based group said.

The riot had prompted the province's public security chief to rush to the scene to help restore order, Xinhua news agency said in a report released several hours after accounts of the rioting appeared on Chinese websites and blogs.

People began to disperse from the site by 2 a.m. (1800 GMT) on Sunday and the county seat was gradually resuming order, the agency said.

Calls placed to the public security bureau could not be connected. Staff contacted at local government offices were not willing to comment.

Huang said the girl's family had rejected the authorities' offer of 3,000 yuan ($440) compensation, later upped to 30,000 yuan, and residents had donated money to the family to sue local authorities.

The rioting comes as China seeks to quell any unrest ahead of the Beijing Olympic Games in August. President Hu Jintao has said ensuring stability is a top priority ahead of the Games.

Chinese websites quickly removed many messages about the incident, but others remained accessible.