Frustrated, depressed and suspicious, many of the prisoners at the US notorious Guantanamo jail in Cuba have lost faith in their lawyers — their only conduit to the outside world — who are facing growing restrictions imposed by the US administration. 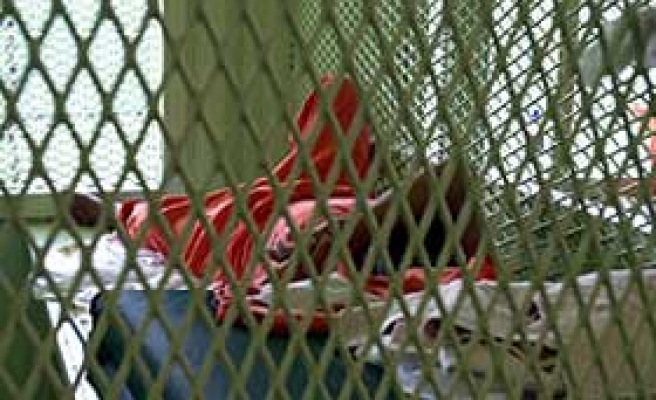 Frustrated, depressed and suspicious, many of the prisoners at the US notorious Guantanamo jail in Cuba have lost faith in their lawyers — their only conduit to the outside world — who are facing growing restrictions imposed by the US administration, The New York Times reported Saturday, May 05.

"Every lawyer is afraid, every time they go down there, that their clients won’t see them," said Mark P. Denbeaux, a professor at Seton Hall University School of Law who represents two Guant?namo detainees.

"And it’s getting worse, because it’s pretty hard to say we’re offering them anything."

Some detainees refuse to see their lawyers, while others decline mail from their lawyers or refuse to provide them information on their cases, according to court documents, writings of some of the detainees and interviews by the Times.

Experts say the detainees are deeply frustrated over their long detention while being held incommunicado.

Lawyers said many of the relationships appeared to have deteriorated as the detainees’ legal cause has suffered setbacks in Congress and the courts.

They accused the US government last week of being an "internationally bully" and demanded Congress grant basic rights to their clients.

Attorneys and academics appealed to lawmakers to reverse provisions of the hotly debated Military Commissions Act of 2006, which blocked federal courts from hearing challenges from detainees designated "enemy combatants."

The US Supreme Court in April handed the Bush administration a key victory by ruling dozens of Guantanamo Bay prisoners had no right to challenge their detention in federal court.

The petition was filed on behalf of prisoners who have little prospect of facing formal charges, a tribunal or a return to their home countries.

Some of the detainees have suspicions that their lawyers are government agents.

"They think you work for government."

Remes said one client grew furious when he learned his lawyers had interviewed his family members in Yemen to gather information for his case.

He said the detainee assumed that his lawyers were acting as investigators for the Bush administration.

Other detainees have put it harsher.

"Your role is to polish Bush’s shoes and make the picture look good," a Yemeni detainee, Adnan Farhan Abdullatif, 31, wrote to his lawyer.

Some more are refusing now to speak to their lawyers because they have no doubt that the jailers are eavesdropping, said Clive A. Stafford Smith, a lawyer who represents 35 detainees.

"We all know that everything we say in these rooms is being monitored by them," Omar Deghayes, a Libyan, told Smith.

Lawyers accuse Guantanamo officials of feeding the detainees’ suspicions of their attorneys and tarnishing their images.

"The relationship of the lawyers with many of the clients who still see us is very strained and tense," said Remes.

Smith said several of his clients said jailers used to tell them their lawyers were Jewish or gay, a charge officially denied by the US military.

Jailers further told them, according to the American lawyer, that prisoners with lawyers were less likely to be released than those without them.

The US restrictions on lawyers have further made the lawyer actually powerless in the eyes of their clients.

Denbeaux said lawyers cannot even bring to their clients basic needs, citing the case of one of his clients who saw him useless and feeble as he failed to bring him a toothpaste.