Middle-aged people with low levels of so-called good cholesterol may be at higher risk for memory decline that could foreshadow Alzheimer's disease or other forms of dementia, European researchers said on Monday. 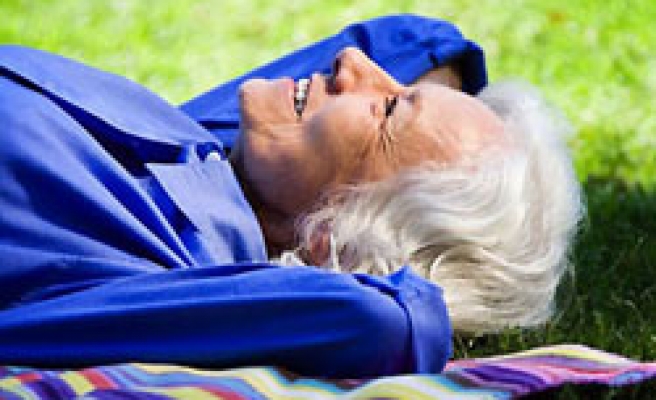 The study, involving about 3,700 British men and women, found that falling levels of high-density lipoprotein, or HDL, cholesterol were linked to declining memory by age 60. Such memory declines often precede the development of dementia such as Alzheimer's in the elderly.

Experts predict increasing numbers of people worldwide will develop Alzheimer's in the coming decades as populations in many countries grow older. Scientists are trying to identify risk factors that may appear years before the onset of dementia to help find ways to prevent or postpone it.

"Considering the way the population is aging -- the 65-plus age group being the fastest-growing age group -- we are facing a dementia time bomb," said Archana Singh-Manoux of the French National Institute for Health and Medical Research and the University College London, who led the study.

Singh-Manoux said she hoped the findings will focus attention on the possible role of higher levels of HDL cholesterol in protecting against memory loss.

The researchers looked at blood cholesterol readings and the results of a simple memory test collected when the people in the study were on average 55 years old and then again when they were on average 60.

In the memory test, the participants had 20 words read to them, and then were asked to write down in 2 minutes all the words they could remember.

The study did not track whether or not the people went on to develop dementia.

Low HDL was defined as less than 40 milligrams per deciliter (mg/dL) and high HDL was defined as at least 60 mg/dL in the study, published in the American Heart Association's journal Arteriosclerosis, Thrombosis and Vascular Biology.

Cholesterol is a fatty substance made naturally by the body and also found in many foods. High HDL levels can cut heart attack risk.

As opposed to low-density lipoprotein (LDL) cholesterol that can build up in artery walls, making them hard and narrow, HDL cholesterol takes excess cholesterol back to the liver.

In the study, total levels of cholesterol and triglycerides -- another type of fat found in the blood -- had no association with memory decline.

Singh-Manoux said the study did not look at the reasons that HDL cholesterol may protect memory. She said one possible explanation is that it wards off formation of beta-amyloid plaques in the brain that are a hallmark of Alzheimer's.

Previous studies have identified other early risk factors for Alzheimer's disease. In March, U.S. researchers found that having a big belly in middle age appears to greatly increase one's risk of developing Alzheimer's or another form of dementia decades later.