Greece will not allow its northern neighbour Macedonia to join NATO or the European Union until a dispute over its name is settled, PM Costas Karamanlis said on Friday. 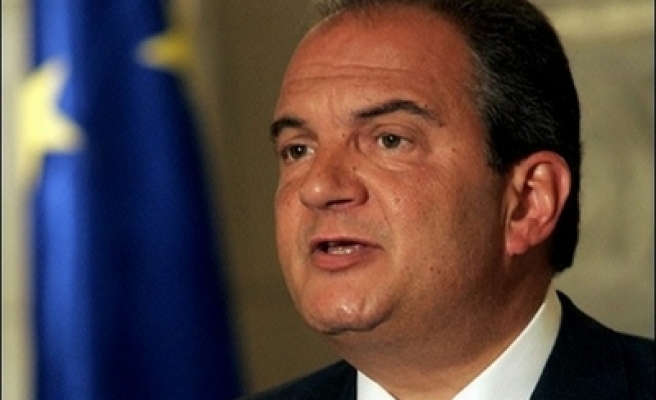 Karamanlis, speaking before United Nations-led talks between the two countries in New York later in the day, told parliament that only a solution acceptable to both sides would lead Athens to lift its objections.

Greece has rejected the name Macedonia ever since the state broke away from Yugoslavia in 1991, saying it implies territorial ambitions against Greece's own northern province of Macedonia, birthplace of Alexander the Great.

Karamanlis said, "If there is no settlement, the neighbouring country cannot aspire to join NATO. Our position 'no solution-no invite' is clear."

U.N. envoy Matthew Nimetz has proposed five possible new names for Macedonia. He will start a new round of talks with both sides on Friday at the United Nations in New York in the hope of resolving the dispute before a NATO summit in April.

Macedonia, which hopes for an invitation at the summit to join NATO, uses its name in bilateral ties with many countries, but is called "The Former Yugoslav Republic of Macedonia" at the United Nations, and by NATO and the European Union.

Protesters stoned the Greek representative office in Skopje this week, the second such incident in a fortnight, chanting anti-Greek slogans and singing the national anthem.

Greeks will stage two rallies next week in the northern city of Thessaloniki.