The tanker carrying the water, the first of 8.0 million cubic metres being shipped from Greece, sailed to Greek Cyprus at the end of June. 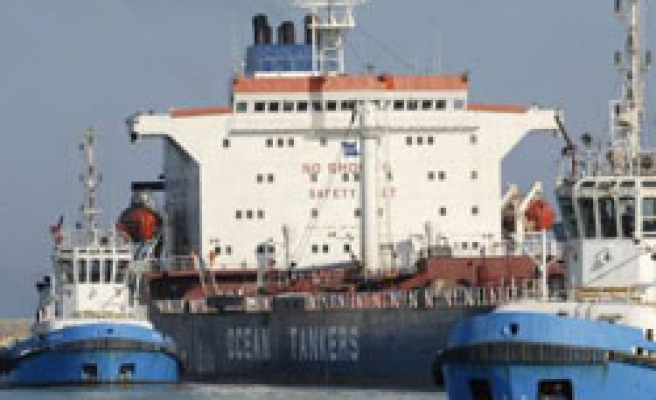 Drought-stricken Greek Cyprus is unable to distribute a shipment of water from Greece directly to households because it smells bad, authorities said on Wednesday.

A tanker containing 40,000 cubic metres of water has been anchored off the parched Mediterranean island's south coast for two weeks awaiting completion of the infrastructure needed to bring it onshore.

The Greek Cypriot agriculture ministry said the water's quality remains good but it has a bad odour, possibly because of its extended storage time or treatment with chlorine. Consequently, it will be channelled into an acquifer rather than directly into the island's water network as previously indicated.

"It will be deposited in the acquifer, to replenish it and where it will undergo a natural filtering process," said water department official Kyriakos Kyrou, who denied the water would be discarded.

Greek Cyprus is experiencing one of its worst water shortages. It desalinates sea water, but not enough to cover the needs of its 800,000 people and visitors at the height of the tourist season.

The tanker carrying the water, the first of 8.0 million cubic metres being shipped from Greece, sailed to Greek Cyprus at the end of June.

But it could not be distributed on arrival because the infrastructure was not ready to pump it out of the boat.

Emergency measures have rationed running water to households, while some boreholes supplying communities have been shut down because they are at risk of seawater contamination.

"We only have (running) water twice a week," said Niki Soteriou, 27. "What is even worse is that they are now saying that our water is not safe for consumption so I am not even giving my dog any tap water to drink in case it harms him."