New setbacks in getting drinking water off a ship for the 177,000 residents of Limassol, a port city in the south, has left its reservoir with only 0.8 million cubic metres of supplies. 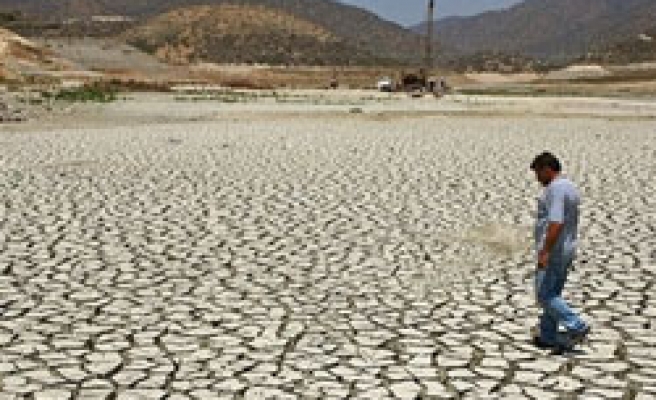 Repeated delays in shipping much needed water from Greece has left one of Greek Cyprus's largest cities with only two weeks' supply of water as the country faces severe drought, officials said on Wednesday.

New setbacks in getting drinking water off a ship for the 177,000 residents of Limassol, a port city in the south, has left its reservoir with only 0.8 million cubic metres of supplies.

The city requires 45,000 cubic metres of water per day.

"The way things are going now, it's not enough to last even 20 days. It's possibly enough for 17 or 18 days," said Kyriakos Kyrrou, an official from Greek Cyprus's water department.

"But whatever happens, people will get water," he told Reuters.

Cyprus, facing its worst water shortage in decades, has ordered 8.0 million cubic metres of water from Greek Greece. Ships will carry out about 200 shuttles until November.

But the project has faced repeated setbacks. Initially, the ship-to-shore pipeline was not ready when a boat docked at the end of June because of a short pipe.

When it was finally hooked-up, authorities ruled the water had to be discharged into boreholes instead of the supply network because it had been on the boat for too many days.

Part of the pipeline had to be disconnected at the weekend because of an air blockage, and authorities say it may be back online only by next Sunday.

Authorities said they would divert some of the desalinated water to Limassol if the situation deteriorates further.

"All I can say is God help us," said hotel employee Stavroulla Soteriou, 55, in Limassol. "I really don't know what more we can do once the water runs out."